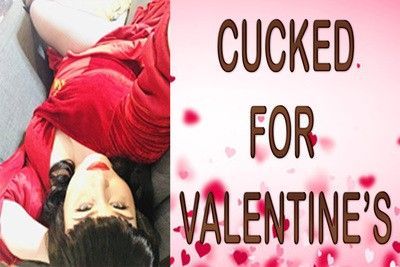 You pathetic shit-eater, you're going to be whore tonight. I will dress you in corset, make you up like the last whore and slut, and give you into the service of my slave girl. Today you will find out and feel how pathetic you are, nonentity. My slave girl Angie enthusiastically took up her new toy, bandaged his cock and inserted urethral dilator into the penis. Nipple clamps are now an integral part of your wardrobe, patient and go with them constantly. We'll paint your lips as bright red as a whore's. Get down on the floor quickly, you're going to eat shit now. Slave girl happily stood over the mouth of her newfound living toilet bowl and began piss and shit profusely in his mouth. Come on, eat her shit, you pathetic shit-eater, you'll be her toilet all time now

BRUSH TEETH WITH SHIT. NOTE: I DID THIS VIDEO AT WORK. You hear people outside the bathroom! Pee into glass; poo on toilet; hear plops; wipe ass bent over in front of camera; take shit out of toilet and put it in the sink; put tooth brush in pussy and brush teeth; put tooth brush in ass hole and brush teeth; continue brushing teeth with shit placed in the sink; brown teeth; brown tongue; spitting brown saliva onto boobs; gargle pee from glass; drink pee.

ITALIAN SPEAKINGCUSTOM REQUEST - The two Mistresses are sitting on the sofa. Mistress Gaia is wearing a sexy bikini and heels, while Mistress Luana is wearing a black leather dress and heels.After chatting for a while, Luana asks Mistress Gaia to play with the comparison of their respective bodies, and also try to see who is stronger at lifting. The two Mistresses proceed, and begin to compare their height without heels. Also of their hands and feet. They then step onto the scales to weigh themselves. After that, they begin to test their strength by lifting each other up. Mistress Gaia will try to pick up Luana, and vice versa. Both will try other lifts, playing and joking about who has the most powerful muscles. The video ends with Luana in front of the camera and will try to pick up Mistress Gaia...

Here we go again. This is another clip from our collective series called CRUSHING FOR FUNWe have the gorgeous Goddess Maya Sin today. Dressed in black from head to toes, she walks back and forth crushing some grapes on the floor. Also she makes a short conversation on the phone while treading on the grapes. You can hear very well the grapes crunching beneath Goddess Maya Sin's leather low heel boots. There will be some twisting and some very nice close ups and full body angles. You can also see the dirty soles of the boots. There is a moment of slow motion as well. Not all of the grapes are crushed at the end of the clip though. There are still leftovers.

We have the gorgeous and notorious sadist Miss Suzanna Maxwell today. She's got her personal human heel sharpener on the floor ready to be tested. The heels of her Louboutins are extremely sharp and thin, but she needs them to be sharper before she goes to dinner tonight.Dressed casually with so nice black top and black leather pencil skirt Miss Suzanna will have fun and humiliating the slave. You know her extremely sadistic style. Heels digging, heels scratching, full weight trampling on the slave's front and back are taking place during the clip. There are also some stomps. The slave is trying to be silent but Miss Suzanna is so sadistic and he moans and squirms from time to time. There is very nice high heel stomp on the slave's back in the beginning with slow motion added of course. You can see later in the clip the gorgeous heel mark on his back. Miss Suzanna is so satisfied with that beautiful mark. Such a cruel Mistress, isn't she. Miss Suzanna Maxwell just doesn't have mercy. I love the moment when she asks the slave if it hurts while standing on his chest with her high heels. Of course he says it hurts but she doesn't care. The Goddess just keep standing on him. Miss Suzanna also looks straight into the camera many times as she's talking to you while trampling the skinny slave. Of course at the end of the clip the slave is just left there on the floor. In a nutshell it's very beautiful sensual and sadistic trampling. Just so worth watching. You can also see some nice heels marks on the slave's front and back. There is also a moment of penis trampling as well.The first 4 minutes you can enjoy trampling on the slave's back and the rest of the clip is trampling on his front. Mainly on his chest and stomach. There are full body angles, close ups and one slow motion.

Yana , Karolina and Marina take part in this video . This time the girls decided to arrange a very dirty lesbian show, in which Yana first drinks milk herself and then offers to drink milk to her friends Marina and Caroline . After that, Yana pours milk on the naked bodies of Marina and Caroline . Streams of milk flow down the naked bodies of the girls, but this is not enough for the girls, Yana puts cancer on Caroline's knees and pours milk on Caroline's ass, then takes a rubber penis in her hands and inserts it into Caroline's ass and fucks Caroline in the ass . At the same time, regularly watering Caroline's ass with milk . After Yana, Marina joined the action , Marina walked around the cancer-prone Karolina and then sat down next to her . After sitting next to Karolina for a while , Marina got up and turned her ass to Karolina and began to poop on her friend's ass . Now Karolina's ass is not only in the milk but also in Marina's shit, Yana again pours milk from the bottle on Karolina's ass and Marina's shit . Yana really likes what is happening now , all the girls Yana Marina and Karolina are very excited, Yana will not stop and will continue to fuck Karolina with a rubber member in the point . After playing a little with Karolina's ass, Yana passes the rubber dick into Marina's hands and now Marina fucks Karolina in the ass with a rubber dick . Yana gets up and pisses on Caroline's ass , a large amount of urine releases Yana on Caroline . Caroline's ass is now dripping with milk, urine, and everything brown, the color of shit . But that's not all, Yana asks Marina to also get cancer on her knees like Karolina, Marina obediently does what Yana tells her and Yana takes a second rubber member in her hands and inserts it first into Marina's pussy, and then into the point . Yana also pours Marina's ass with milk , having fucked Marina a little in the ass, Yana gets up turns to Marina with her ass and poops on Marina's ass . Yes, Yana likes to relieve herself on the naked bodies of her friends . Having relaxed on Marina's ass, Yana again continues to fuck Marina in the ass, while watering Marina's ass and her shit with milk . Marina is cancer on her knees and she likes it , but then Yana calls Karolina and asks Karolina to piss on her friend Marina, Karolina gladly fulfills the request of her friend Yana , and pisses on the naked Marina who is cancer on her knees . Trickles of urine , milk, and shit run down Marina's body . All the girls except Yana were humiliated and used as a toilet, despite the fact that Marina and Karolina Yana used as their own toilet, the girls got a huge pleasure from what was happening .

Sadistic cheerleader sucking fun!The natural sadistic college brat Sally forcibly blows the tail of her sub. She constantly bites his cock and balls while blowing, so that Lenny screams as grilled on a spit.

Dress Codes SUCK. And this one is so out of date and old fashioned. Pantyhose? How stupid, this isn't the 50s. Plus in the winter, the office is so staticky and hot from the heaters and it's miserable wearing these sweaty itchy things!You know I need to make my stance on these known at work. I need a good excuse to have at least 1 pantyhose-free day! Let my legs and pussy and feet breathe a little! I'm gonna get these things ruined beyond repair.br>Showing off my feet and legs in the hose lots, I turn so you can see my ass - these hose are very sheer so you can clearly see my pink asshole puckering and getting ready to release the destructive nature of my big shit! I fill them up in a couple different positions and show off how messy my ass got when I peel them off. At least you will get to enjoy these nylons because I sure don't!

The slave pays Kiffa a visit. In no time sheÂs putting him to work - she is in a sadist mood today so she starts trampling him. At first he is so scared that the goddess goes light on him but as soon as she gives him the safeword she starts having some real fun - happily stomping on him HARD, she kicks and laughs, kicking his balls and stomping on his head. Afterwards she makes him lick clean the soles of the sneakers he bought her. She is not pleased yet and makes him swallow her sweaty sock and remove her other shoe while she is stepping on him. Undoubtedly a very realistic domination scenery in which the goddess shows a little of what she is capable of.

Nomi and I love to have fun with our slaves, and our slave is thirsty for our delicious champagne. He lays down on the bed, and Nomi fills his mouth with her yummy piss. Then it is my turn, and he gets yet another mouthful to swallow. What he missed I soak up with my pantyhose, so he can suck it out!

On your marks, get set, go! Mistress Jane presses her hands firmly over the slave's mouth and nose, taking away his breath. Meanwhile, Queen Hanna measures the time this loser goes without oxygen. Is he well-trained or can't he stay the distance?! Mistress Jane and Queen Hanna take turns squeezing the air out of him with their hands and want to see for whom the loser lasts the longest.

134385 - Filled my mouth with your shit girlfriend

Yana and Olga take part in this video . The girls take turns caressing each other's pussies with their tongues, and then poop in each other's mouths and again caressing each other's asses and pussies with their tongues . But let's talk about everything in order . Yana was lying naked on the bed and caressing herself with her hand between her legs, then Olga comes into the room and seeing that Yana is very excited, decides to join her friend . The girls first kiss, and then Olga sits on Yana's face from above and Yana begins to caress Olga's pussy and ass with her tongue . After oral sex, Olga asks Yana to open her mouth , Yana opens her mouth and Olga poops in Yana's mouth . Yana has a mouthful of shit, but Olga sits down with her ass on Yana's face and Yana starts caressing Olga's anus and pussy with her tongue again . Then the girls change places and now Yana is on top and Olga caresses Yana's pussy with her tongue , after caressing Yana with her tongue, Yana also poops Olga in her mouth . After filling Olga's mouth with shit, Yana gets off Olga , and first Yana licks her own shit off Olga's face, and then the girls kiss . Here is such a dirty toilet lesbian show arranged for you by Yana and Olga .