Queen Sylvy sent me this FUNKY clip last night and I couldnÂt even wait to slap a watermark on it and put it out for mass consumption!! This is easily one of her FUNKYiest loads so far!! Looks like something she ate didnÂt agree with her Tummy. Sylvy begins by quickly sitting down, spreading her ass and asshole wide open to let out an immediate wet fart. I swear I want to stick my face square in her ass after watching this clip!! After a minute or so of straining and pushing, the floodgates opened!! A constant stream of diarrhea followed. Some of these bursts shot out like a cannon and splashed all over the toilet seat!!! She was literally sitting in her own mix of toilet water back splash and diarrhea juicy at one point! LMAO Sylvy was feeling so nasty after this 8 minute barrage of bubbleguts and mudbutt (with a TON of peeing also mixed in!), Her ass was literally on fire!! she had to use her bidet to clean her dirty ass and asshole. To make it more fun, enjoy as she sticks both index fingers in her butthole, bending over and spreading wide to show you how nice and neat she just got her FUNKY ass!! This is the most FUNKY clip yet from Sylvy!! Stop Sleeping on the Queen!!

This sissy slave of Master David is still on training. Nevertheless, this doesn't justify his bad behavior. He often talks back to his Master, shows arrogance and disrespect. Master David asked for Mistress Gaia's advise. Mistress Gaia inquiries about the pain threshold of the slave. Master David says it?s very low, as you can expect from a sissy. Mistress Gaia proposes then to administer a good whipping; there is nothing better than a series of painful lashes to break a slave and turn him into a humble and obedient sissy. The slave is stripped naked and tied spread-eagle in the center of the room. His hairless body is fully exposed, front and back, together with his tiny cock. Mistress Gaia takes a horse whip, Master David a riding crop and the punishment begins. It doesn?t take long before the slave starts squealing like a little pig. Mistress Gaia and Master David increase the intensity of the strokes and now the slave is crying loud. Master David insists on the slave?s nipples, that he knows are very sensitive. The slave is now begging for mercy and promises to be a good slave, but in vain: the punishment must go on till the end. Next time he will think twice before talking back to his Master...

These toys were brought to me by a fan - every single piece valuable to him in some way. Some are toys from his childhood, others are hand-made and some just expensive toys! I've lined them all up in front of my big van and thought about crushing each piece slowly ... but then decided to just run over the whole row fast! Within seconds all of his beloved toys are destroyed and then I take my time to completely grind each piece to dust under the tires of my heavy van!

You are obsessed with my ass! Look at this perfect booty, because you will never touch it .... hahahaha What you have left is just this video that you look at again and again!

Someone sent me a surprise package today. I'm so curious to know what's inside. Join me in opening it to see what I have. Well I can't believe my good fortune. I have been delivered a slave in a box. He's crammed so tight inside he can't move. He pleads with me to help him get out. Unfortunately, that's not going to happen. Little does he know I have some tricks to perform on him that will keep me amused for some time. Poor slave, he can't even struggle as he looks helplessly up at me. What fun I'm going to have with him. I begin with some footsmother pressing down really hard on his face. He can't breathe, this adds to his discomfort. Then some footgagging, it's so good to hear him suffer and choking, as he struggles for air in his little box. I continue with his torment until he exhausts himself. For now, I'm going to close the lid and lock him in his slave box. Perhaps I'll come back later and have some more fun with him, or maybe I'll just leave him to suffer in his box.

I am so excited to cleanse both of my slaves in the nature today. Poor slaves think that I'm taking them to the lake to have fun. Little they know about my cunning plan. I drive them to a place filled with nettles. I command them to take of their clothes and have a lovely, painful bath in the stinging nettles. The very sight of them rolling in thhe nettles gives me absolute pleasure. When the slaves think that they are done with it, I order them to roll further more because I want their pathetic bodies to be cleansed thoroughly. However, this is not humiliation enough. I grab their clothes and drive back home. They'll need to find a way to get back now. Haha

Mistress Roberta just record another full diarrhea meal with her personal toilet. She love to serve the suculent meal from time to time for her loser. Today she begin with a facesitting session, with many farting scenes, ass worshipping through her spandex, leggings, and a enormous meal with her diarrhea. All for her toilet to chew, eat, ingest and smear on his body. 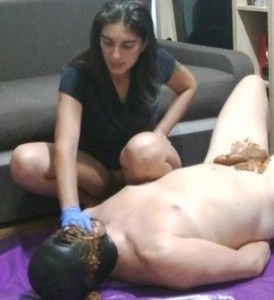 Brooke also heard about your severe foot fetish, so she thought it would be nice to take advantage on you after she has been wearing the same pair of grey socks for a few days inside her warm leather boots! She just takes pleasure to tease you with her boots on, before she takes them off to completely cover your face with her sweaty grey socks! They were very sweaty and stinky after that sweaty socks challenge, so it is now your turn to rub your nose in those smelly grey socks as a good slave! The smell was just perfect, so I bet youÂll love that! Brooke thinks that you are actually a little weird, because it seems like her sweaty grey socks has given you an instant hard on just by rubbing them in your face! DonÂt you feel shy, or guilty about this? She makes you take some deep breaths in her socks, and make you lick the stinky bottom of her socks! Brooke also peels her socks off to rub her sweaty naked feet all over your loser face! She makes you take some deep breaths in her feet, and makes you lick the sweaty bottom of her soles! DonÂt you wish she would treat you like a good devoted loser slave? Just bow down on your knees, and obey her instructions! DonÂt fuck with Brooke, or she will make you pay!

Expecting for a good time, this man went with this sweetheart to her home! However, after he took off her skirt and panties, she suddenly lays him on his back and peed on his face and mouth! When she couldnÂt release anymore, she feeds him with her pussy! By the time she gets satisfied, a different woman makes an appearance! At first, she smothers him with her crotch, but shortly after, she takes off her underwear and urinates on his face! When she could no longer release anymore, she rubs her vagina on his mouth, leaving him with no choice but to lick it clean! Though, she isnÂt done yet, she later stands up and pees on him again! Then, for the last time, she feeds him with her dripping vagina until she gets completely satisfied!

Taking a bath when IÂm suddenly plagued by shit! You gets to watch me with my sinful buttplug until I pulls it outÂcompletely filthy and caked with poop! You'll even get a few of my farts. You like that disgusting smell, isn't it? Now take my shit and put it in your mouth. Eat it all! You'll like my treat!

I am on vacation now and spend my time at a luxury finca with pool. You work, I spend! ThatÂs it! I deserve a luxury lifestyle and you have to work for. And what do you deserve? My middle finger! I am relaxing in the sun and humiliate my hard-working loser! Work harder for your goddess, kneel down and worship me!

Crapped and powerful farts. Flower meadow. Girls are walking along a flower meadow, sniffing and collecting flowers! Amina and Christina saw their dog and decided to ride on it, since their legs were tired.P.S. I have long wanted to shoot a powerful fart on the video (the way I like when a girl farts), but it's very difficult - girls rarely loudly fart during filming. After Amina used the slave, Christina wanted to fart and powerful and loudly did it in the face of a slave, through shorts!

You dont deserve that money, that you worked so hard for. Just look how good your money looks on me. On someone who really deserves it. Giving your money to me makes not only me happy. But also you too. Nothing feels better then to know that you put a smile on my face and that you have been useful to me. Your only reason to exist. Being my Finsub. And now worship me and put a big smile on my face. 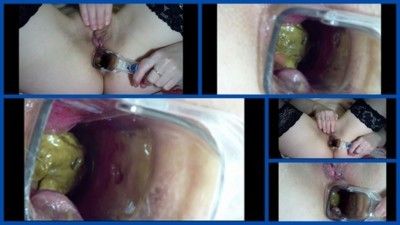 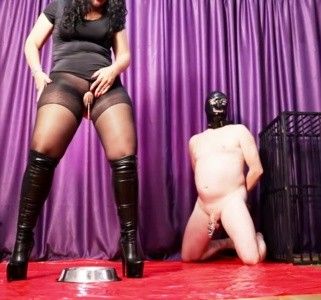 Your torn asshole will serve the ladies as waste dump today, they'll knock the ashes off into it and spit into your pity-hole, which turns the bondman on so dramatically.

And again I use the slave as a toilet. He kisses my legs, licks my ass with his tongue. He belongs to me and has to be my toilet forever. I shit in his mouth and he swallow it. I smear a shit with legs on his face and spit in his mouth. He is very obedient toilet slave!