This is the short continuation of my sluts punishment, after he was bound to the bottom of the bed and received a Bruised & Blistered Ass from my cane. I then put him in the stalks to cool off while I had a shower. I was leaving for lunch, and on passing I looked at his sorry as. It could do with some more colour, and I wanted him to suffer a more. So I got my cane back out and gave him another severe beating. He didn't take long before crying out for mercy. What a wimp!! Next time perhaps I'll need my favorite bullwhip to toughen him up. What a enjoyable thought...

One of the most pathetic losers of them all. Thats what you are. Most likely still a virgin. Never seen a pussy for himself. You pay me to humiliate you.Humiliation as attention is better then no attention at all. Kneel in front of me and get what you deserve loser. Even this is huge fucking privilege for a lowlife like you.

101751 - Siliconed Goddess Antoanella is back for feeding

Goddess ANTOANELLA is one of our Best Romanian Goddesses from shop ! A PERFECT GODDESS WHO HAVE PERFECT SILICONE TITS !! She loves to use human toilets in her room and she LOVES TO HUMILIATE THEM. Today she destroy slave mouth and assholem, giving him some presents and abuse his mouth. She ordered her slave to sniff and worship her high heels, legs and she fist him and strapon fuck him. She piss in a glass and ordered him to drink her golden nectar then she use his mouth as a potty for her kaviar ! His toilet mouth become in this way just a receptacle for her shit and the slave puke also at the end. Enjoy and prove Silicone Goddess that you are capable also to chew, eat and swallow also her Kaviar ! She can do a slimmy diarrhea, or a big turds, all for her toilets meals. 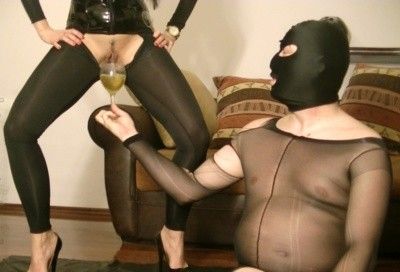 Mistress Amy's ponyboy has to carry her around and around on his back. She presses her legs firmly against him and rides him like a real horse. There is no chance of a break as Riding Mistress Amy lets him feel the crop and kicks her boots into his sides. She decides to change things up. She dismounts then, with a big jump, she sits on his back for shoulder riding!

Miss Isabelle tapes his mouth and removes her her ballet flats. She wants him to sniff her sweaty, moist nylon socks. She covers his face with her feet size 39/40 and orders him to smell. She smothers his face under her both soles. After that she removes her stinky socks and press both bare soles on his face and rubs her bare feet so he has to sniff and inhale the scent of her sexy feet .....

Dolores likes to take advantage about the fact that her slave is totally addicted to her feet, so she thought she could also take advantage about the fact that she had a really long summer day with her precious feet inside her fancy shoes! She knows that her slave would probably do anything just to have a good smell of her feet, so she asks him for two hundred dollars in cash just to give him the permission to take hr shoe off! The slave just gives her the money, so she let him take her shoes off, and let him take some deep breaths in her feet! The smell was so intense, I bet he would love to lick her feet too! Dolores is asking for another hundred dollars to give him the permission to lick the bottom of her soles! She is actually thinking about how she will spend all that money, while she makes her slave lick and clean the sweaty bottom of her soles at the same time! Dolores is just hot as hell again in this clip! She is just such a hot Latina Princess!

6356 - Dream or nightmare? Noticed by the giantess after all

So you took your chance and hold on to my shoe while I tie my shoe laces? Well, I didn't notice you at first and took you for a walk in the fields and didn't even notice you when I got back to the car and drove around. But that's no wonder - since you're so tiny - way too small to pay attention to when I'm busy. Only after parking my car I finally notice you ... pretty brave to hold on to my shoe for such a tiny guy - what would happen to you if I stepped on you?! Well, I don't mind you there, just watch out and not fall of my shoe. Maybe I should try out what you can endure ... stepping on you? Or jumping on you? Or I could take you with me and maybe I could have some fun with a tiny guy like you? We'll see ... I'll just pick you up and put you in my pocket ...

Yuna and Hinata knew they were in trouble when the two police agents led them to a jail cell that looked like a stable. With their hands tightly bound behind them, they had little control of the real animals in the cell Â the two agents. One agent pushed Yuna to the floor and began playing with her pussy and anus. He pressed and played with YunaÂs butthole until she screamed and began brown-creaming a bowl full of her poop. YunaÂs treasure was like smooth, brown-black butter that flowed powerfully from her anus. Even from her position, the agent loved how it smelled differently with each push. He smelled rice, peanuts, all the good stuff. Nothing like the shit of a beautiful woman to get you going on the job. One agent held the bowl next to HinataÂs face, who promptly cried from the humiliation. Every second with YunaÂs poop near her face prompted more tears from Hinata. Yuna looked at Hinata as her stomach gurgled. She was about shit a big one any moment now, and her sphincter couldnÂt hold it any longer. Hinata looked horrified as the smell hit her: fresh shit from YunaÂs tight butthole, filling a bowl almost to the brim. YunaÂs beautiful shit was like mashed vegetables mingling with a good amount of golden piss. One of the agents wanted to smear it all over his hot body, but had other plans for now. After some much-awaited shit play, the two ladies were on the receiving end of a fierce police fucking. Yuna had to wait in humiliation the floor filled with straw as she watched her friend getting rammed hard both ways. HinataÂs jaw was getting tired from having to suck off one agent, while her pussy quivered from the nonstop pounding.

Sexy Goddess Liana wants to ride her slave pony to exhaustion. She sits on his back and drives him on. He moans loudly in pain as he tries to push forward, step by step! But that's not good enough for the riding Mistress. She wants to go faster and further! She doesn't give a shit how he suffers! She drives him further and further forward...

The Mistresses Hanna and Jane have something mean planned for their slave - how loud does it sound when they hit his face hard? Who is hitting harder? They want to test that now. Queen Hanna sits on the slave's chest and hits him hard in the face with her flat hand. It's loud and firm. She continues, her hand resounding loudly on his face. Mistress Jane tries it with her bare feet, slapping him right in the face with her soles. The Mistresses are really enjoying this, so the y hit him again and again!

Get on your knees slave! Just watch me and my perfect ass and feel the addiction get to you! I know you love it and want nothing more then sniffing it, licking it...or me sitting down on your face with my beaufitful booty!Worship me and worship my ass! You have no choice, you'll never be able to resist. And i know exactly what you'll dream about after watching this ;)

Fluffy is on his way to Stella's house when his travel plans go ary. Not only does he forget his phone in his uber like a total loser, his plane is delayed, way delayed. He has no way to contact Stella that he will be late so she waits aroud for him for hours before finding out that he has been trying to reach her through twitter. As if she has time to deal with this while trying to get ready. On top of having no clue when he will arrive from the airport, he needs her to get him a ride from the airport. When he arrives 5 hours later than expected, Stella is ready to start shooting. So ready that she drags Fluffy right inside by his ear and throws him down over her knee to give him a good reprimanding. No one is late for a shoot with Stella Liberty and this is why. Fluffy soon discovered how much he screwed up when Stella rips off his pants and gives him a stern bare handed spanking. Her stiff palm is all he needs to get right in line. Now that is ass is red and burning its time to get to work.

029__ From the very morning the slave begged his Mistresses to feed him. The girls were in a good mood, so they decided to treat him with a juicy and tasty lunch. Their drooling flows out of the mouth without stopping. They scornfully look at the humiliation. But the slave must pay for such a delicious lunch. The girls had a plan in advance. They smoked and made a big puddle of saliva and grubs on the floor, made him eat, lick up every last drop, and then the slave should lick saliva on their soles. They are happy of the slaveÂs humiliation for the sake of such food. They decided to do it once again.

Myself, Lady Bellatrix, and Ava Black all have one particular thing in common - we all cuckold our husbands! We only married them for their money - nothing else. They are all useless in their particular ways. Ava's husband is impotent, Lady Bellatrix's husband has a sub standard cock, and mine is a sissy loser! We bring them into our boudoir to inspect and humiliate them, discussing all the black cock we love to amuse ourselves with, reminding them we are ONLY with their for financial gain! We then decide to humiliate them further by making them suck each other off - haha! Don't forget losers, you do as we say, and when we are done with you, we amuse ourselves with real men - at YOUR expense!