Hot brunette Natalie is a sexy girl with some very delicious tits and tattoos. What better way to show them off, than getting her to whip all her clothing off!

Today the slaves meets Miss Lilly for a footfetish date. He send her the money before and the slave and Miss Lilly meet near by the Ladies House. She wants first that he kiss her dirty sneakers and to show her how greedy he is for her feet. She the allows him to remove the nike sneakers and to worship her smelly and dusty socks. He has to lick off the dust from her soles and to press his face deep into her soles to inhale. After that he has to worship her sweaty, bare feet. She wants him to lick every inch of her sexy bare feet and to suck each toe while she enjoys the scene with a foots lave to her feet... what a nice day and a sexy lady.

There's so much pleasure when I deny you LOSER! Laugh at you! Telling why you don't deserve pussy and you start paying me.

From now on there is regularly new addictive substance for you Boots Junkies. Of course you have no attention to expect, finally you have done nothing and just want to jerk off again your pathetic loser cock. Go ahead, come up close and worship my boots!

9724 - BALLBUSTING THE OFFICE LOSER WITH MY MOMMA'S HEELS

I can't believe my m0m left YOU in charge of the office and in charge of me!! I don't need a sitter! I'm 18 now and I'm an adult! We're going to have some fun though. Do as I say or I tell my m0m you were looking at porn on the office computer!! I snapped a picture!! I'll also tell her you tried to have sex with me! I'm a virgin and I plan to stay that way until marriage. You know my momma's a ballbusting bitch! Speaking of, I have her bb heels... Spread your legs loser! You're in for a world of pain!!!

This fucking idiot decided to take a trip to see me and fucked around and got more than he bargained for.I randomly felt the urge to shit so I texted him and told him he was about to get shitted on.I got there and made the bitch lay down, he was scared but Glamourpussyy gives absolutely NO FUCKS! I fuck his new face with dick on his nouseÂ. the bitch could barely handle it.I turned around and took a shit on himÂÂ I was so happy because I ended up pooping more than I thought I needed to.HeÂll be back next month and you better believe I will fuck him up even better next time.

The video is not for pink romantics. My ugly slave must lick my feet, eat ashes, drink his own piss and eat pre-chewed food from me. Bon appÃ©tit my little monkey ...

Baroness Bijou humiliate the slave, pinch his nipples until he squirms and moans loudly. Then he has to say into the cam that he is an stupid slave serveral times. The Ladys laughing and lock the slave in the steam sauna.https://www.yezzclips.com/store599

Includes Luna Toxxxic - face sitting - sissy girls - sissy sluts - sissy training - frilly sissy - ass worship - crossdresser - chastity - verbal humiliation - ass shaking - interracial domination - double domination - cock tease - cock stroking - edging - handjobs - big butts - sensual domination - femdom - female domination Featuring: Mistress Ava Black and Luna ToxxxicMistresses love using slaves! And this sissy is just so much fun to use! That sissy clitty is getting milked hard and she can barely hold on as Mistress Ava rides her face with her huge arse!This sissy might suck at most things sissy-related but she does have a good nose so Mistresses might just keep her in their stables for now...

"Should I *** you out?" asks Innocent girl as she grabs him by the back of the head forcing his face deep between her butt cheeks and holds him there! She might not be so innocent anymore, but one thing for certain is that she has one great butt that was mean't for smothering! 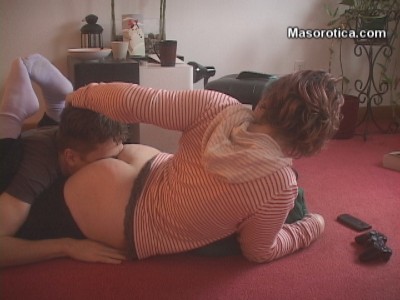 Female Domination | by Princess LolaMy slave was using his cell phone in the middle of the job, so I decided to punish him, first ordered him to lick the soles of my shoe that I walked all day downtown, was filthy, then spit in his face and made him lick my feet, stuck it his mouth and kept spitting, then he put on my riding boots, and kicked him then I stomped and jumped on him, served as a doormat

ITALIAN SPEAKINGMy slut of a slave has been rather good lately, so I have decided to allow him to honor me by worshiping at my feet. He's been on his knees waiting at the foot of my throne for me to arrive. I tell him to remain kneeling as I sit down. As he looks up at me he knows how fortunate he is to be in my presence. I order him to begin licking my beautiful shoes and if he does a good job, I may reward him. I can do this in several ways, there are many things at my disposal @DungeonRoma. As he continues to lick my shoes, I change position to make sure he gets both shoes cleaned. He's making not too bad a job of licking. So I decide to allow him to play with his apology for a cock. It's so fucking tiny, maybe I should give him a pencil to help keep it up. As we continue, with him still licking and playing with himself. I finally give my bitch permission to cum. The slut squirts all over my shoes, so he'll have to lick them clean over again. With all the licking he'll have to do, I don't want him to get tongue tied. Now there's a nice thought...

These new jeans look absolutely stunning - but they're made of a really hard jeans fabric and I know the slave will suffer under my ass - not only because he can't breathe! His nose is flattened under my sexy ass when I sit down on his face and smother him - and he's begging for mercy. But he should rather use his time to breathe than to beg for mercy - he should know that his begging will be futile anyway! This pathetic loser even tries to turn his head away to escape my ass - but obviously this won't be allowed and I'm going to make sure he's getting smothered!

My toilet slave G is hungry for my precious shit again. His wife, Tigerherlil, is right by my side helping and enjoying watching while I feed her husband thick shit from my sexy ass! I tease my pussy and ass on toilet GÂs face before pushing my shit into his mouth to eat directly from my asshole. I love having my toilet slaves underneath my ass eating my sexy shit, it turns me on so much!

While I enjoy my short wellness vacation you will pay for me and serve me! You are my slave and I will use you accordingly. Be glad that I give my time to a loser like you and that you can pay all my bills! Be it drinks, extra massages or whatever, you pay! You will be my towel holder and you will worship me. If I say you pay, then you have to pay, immediately! If I say you have to jerk off, then you will do that for me too. You are my slave, my wellness slave and that's just what you want to be!