ITALIAN SPEAKINGToday I have my slave tightly bound on the cross. He has a tiny cock, and has difficulty getting a throbber. So I have decided to include my bitch in my training session. After a little bare knuckle warm up, I pull on my training gloves and go to work on him. He squeals as my painful punches penetrate his hanging fruit. I still don?t see him having a throbber. However, I?m sure my bitch will benefit from some serious Ball Punching

ITALIAN SPEAKINGToday I?m with my Mistress friend, and she is going to demonstrate her excellent skill in Shibari rope bondage. We have our slave on the floor ready to be tightly bound. He?s a bit of a wimp, however that doesn?t bother us and we are going to make him suffer. My friend quickly gets to work, as she uses her technique to tightly bind our wimp. The rough rope rasping on his skin, as it tightens with every knot. She is using one of her favorites, the hogtie. With our bitch struggling in his tight hogtie, we both get our canes and tell him he is going to feel some real pain. We use our canes on his feet, and hive him a taste of some light bastinado training. As he yelps and squeals, there?s no escape at his ropes tighten and rasp on his skin as he desperately struggles. We are having great fun, and are hoping to toughen up our bitch as he suffers his painful Hogtied Caning?

The big boss of a company is very annoyed. He fired an employee on the telephone.Suddenly, a hotel maid arrives to clean the room. The Big boss continues to work in his office. He has toxic masculinity, accusing a female CEO of not doing anything right. He says that women don't do anything right! What an idiot!The clean lady listened to all of it, and said she finished cleaning the room. The big Boss is angry and throws things to get the table dirty, just to get the female lady to clean it up. The female lady doesn't accept it , and makes the Big Boss clean it himself. She makes him clean with his face, and, and makes him clean her all star sneakers soles too. The cleaning lady uses her cell phone, while he cleans her soles, sniffing her smelly feet too. She makes him sniff her feet a lot, humiliating this ridiculous boss, while she uses her cell phone. She ignores him, while he kisses her feet.The cleaning lady makes a video, recording him licking her feet, sucking her toes, saying he will pay the female ceo the double now! We can see the video she is filming in the picture in picture effect!She makes him fill the bathtub for her, and punish him for being so incompetent! she throws water on him, for taking so long! She makes the idiot boss clean her soles full of soap with his tongue! Every time he cleans it she puts more soap for him to clean it! Very Sexy scene!

Today cruel Lesbian Mistresses want to punish their submissive slave bitch. Mistress Kira brings the lesbian submissive to the room in which the second Mistress Sofi is already waiting. Two girls with sadistic inclinations tape the slave girl's mouth with duct tape and tie her to the bench. Domineering Princesses are dressed in colorful tights and high-heeled boots, and the slave girl is dressed in anything. As soon as the slave was securely fixed hand and foot, and her mouth was sealed, the Mistress began to dominate her. While one Mistress sits on the face of the slave, the second whips her with a whip. Then the dominant girls switch places. Sofi and Kira humiliate and spit in the face of a slave girl. Then the Princesses rip the tape off the slave's mouth, but only so that she can kiss the divine butts of her Queens. Then Kira and Sofi decided to simultaneously sit on the face of the submissive bitch to block her access to air.

Blowing Balloons in Findom Style part 3. Part 3. FinDom Goaldigger will blow balloons in financial domination style in a luxury apartment with a bathtub in the middle of the room. What does it mean for you? It means that every balloon will cost money for you. So prepare your wallet to be open for tipping. 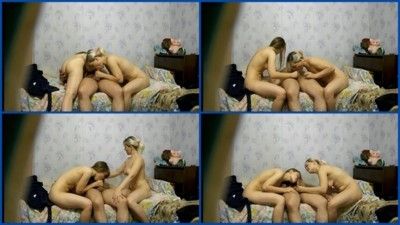 My slave girl Kat training was successful. I love checking out my toilet sluts by tying them up and leaving them alone and seeing what they'll do. This time I took a shit and peed for Kat and left her. She drank more than a liter of urine, smeared herself with shit and started eating shit on her own. I knew she wouldn't be able to resist eating shit. It was very nice to see her with smile, picking up shit and licking it off her hands. Now shit is her passion

If seeing men literally eating a womanÂs shit right out of her ass and you enjoy seeing them struggle to chew and swallow her entire bowel movement on camera then ÂScat Doctor Shit SwallowingÂ is a scat eating video you canÂt afford to miss!The female doctor by the name of Dr. Monica Morrison use very unique ways to cure her patients digestive problems. Her own studies found the best way to cure digestive problems with patients is to have them lick and eat her smelly ass. The natural bacteria in a healthy womanÂs asshole helps to cure digestive problems for patients. That is why she never wash her ass. It is so they can lick and digest her bacteria right from her healthy anus. If there was more such caring female doctors who are willing to help mankind by letting them lick her unwashed ass and going to the toilet in their mouths the world would be a better place.She is so caring in fact that she always eat large healthy meals to ensure she can take big shits in her patientÂs mouths to cure them. Today was no exception as our female hero doctor takes a very big, slow and satisfying shit into the mouth of her patient. She does this while explaining the benefits of what she is doing to you.But she is only human after all she is not able to hide her facial expressions and moans of pure delighted pleasure and relief from taking such a big creamy shit into the patientÂs mouth. The patient is a good one willing to listen to his doctor as he chew and swallow her entire load of shit in full view for you, right out of her ass!This patient got so much respect for his doctor that he even cleans up her ass with his mouth after he finished swallowing ALL her shit.You cannot deny what an amazing person this female doctor is by sharing such private and intimate bodily functions with her patients and letting them eat her shit so they can get healthy again. Be sure to check out all my other intense and kinky clips! xoxo

Kamilia comes home and tells the slave to lick and clean her street shoes. First she orders Alex to lick the surface of her shoes. Then Kamilia makes the slave lick the dirty soles of her shoes. Dirt on a white soles are especially seen, so it's not hard to find it... but very hard to clean it. Kamilia also tells Alex to remove all small rocks and pebble that stuck between her soles protectors. It's hard not to damage a tongue for a slave, but Kamilia didn't care, she needs only a clean and shiny shoes.

I am wearing nice socks with playing card symbols on them.Versatile like a poker game i am trampling Pete on his head, his balls, stomach and chest.Of course there is a set of cards at the end.I use his whole body as my playground and hurt him even with socks while he is handcuffed.

I am wearing nice socks with playing card symbols on them.Versatile like a poker game i am trampling Pete on his head, his balls, stomach and chest.Of course there is a set of cards at the end.I use his whole body as my playground and hurt him even with socks while he is handcuffed.

My longtime and faithful slave comes in regular intervals into the pleasure to be useful and serving to me. I have decided to record our sessions on a regular basis. That means you may follow the loser and me from session to session. With this slave I share the passion/fetish for humiliation, jerking off instructions, feet, nylons, high heels, spitting and money slavery. Today the topic humiliation is on the agenda. I know that the slave wishes for a bigger cock and that's why I brought a miracle ointment which stirs up his hope ... The only purpose is to nip his hope in the bud and to make fun of the slave. But I still know how to make his pin dick bigger. And that is by verbally humiliating my slave in relation with his dirty married wife-cunt. As a task the slave had to bring a set of love killling underware from his wifey and this set is great for a humiliating jerk off task.