86399 - Embarrassed About My Incontinence

I have a medical condition. I can't control my own bladder and bowels. I have to wear diapers all the time! Let me tell you how embarrassing and humiliating this is. It's awful smelling like pee and poo all the time! And it's so horrible how everyone can hear the crinkle of my diaper and the smell of my stink as I walk by. Oh no! It's happening now! I'm pooping my diaper! My butthole is out of control! I can't help it! I'm pooping myself right here and I can't stop it! Oh gross! Now my diaper is filled with poo! I stink!I need to get cleaned up! It's so embarrassing sitting here with a diaper filled with poo! Look at the disgusting poopy mess in my diaper! Look at all this filth! It's so gross and all over my bum!Enjoy!

Mistress Lilly shitting again for another 3 movies. She use 2 pairs of seethrough panties, blue and pink ones. Because she love to fill them with her huge turds, she keep them on her and doing a nice shitting action for you. 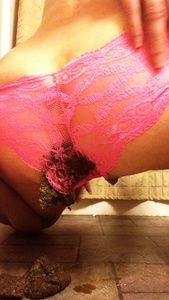 The hands of the mistress must be gentle. And claws strong and sharp to tear and scratch slaves.Buy and see my video. Also will do to you!Have you not seen my long sharp nails? You looser!If you haven't seen, you lost a lot!Don't upset the mistress, buy the video!

Everybody knows that only a chase slave is a good slave! Because of that you will wear a chastity belt from today on! The key will obviously stay with me. And then you will do everything I want! You will make a fool of yourself! Because I have a hold on you! Join the game and be good, because otherwise there impent unpleasant consequences!

My white converse are way too clean for this loser - so I brought along a box filled with thick wet mud! I make my shoes dirty before stepping on the loser - and then use him as my human rug to clean them again. Of course he has to lick the dirt off my shoes as well before I take them off. While I get my socks all muddy as well he has to continue licking the converse shoes - then it's time to rub my muddy socks all over him. After taking off the socks as well I stuff them into his mouth and walk in the mud box with my bare feet - to get them dirty for a final trampling and tongue cleaning!

Exhibitionism in the balcony !! I'm sure you love it when I try to tease outdoors .. Well today I want to do with wearing a dress without panties you shall stand under me, and keep my movements without a word ... pussy ass .. .. foot with clogs walking parade and turn you on ...

Sexy lady.NEW 2017!Betty and Bertie Facebusting Kickingg (19 years) Two girls have tied the slave's hands and feet behind his back, Bertie holds his hair that he could not dodge the punches of Betty. Betty likes to beat and mock guys, she kicks in the face, makes him to kiss shoes. Betty also spits in his face and beat for being undisciplined. To be continued.

I am in the kitchen about to make a cup of tea, but i am holding my crotch all the time because I badly need to pee, but i am too lazy to go to the bathroom or..I just love to do it in my jeans!:) So here it goes...running down my jeans, a whole river of pee, wetting my jeans`s legs, my crotch..and more...and more! Feels so good to stay in those pee soaked jeans. I am gonna wear them till they dry on me:) Let me show you my wet panties as well:) Oh..and i still got some pee in my bladder! 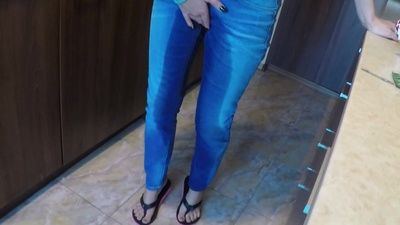 The Mercurial Geneva is back!! This is another of my 40 plus MILFs that was a regular in years past. Finally got in touch with her over the summer and she has slowly started sending new clips. Enjoy this nice lil treat! Enjoy as she pees (and even a few nice poots!) before dropping some nice phat nuggets in the bowl!! Hopefully I can get her to some more in the future as I miss that big thick ass of hers!!

You cant wait to finally get back to your little bottle of Pp0pp3rs. You tried to quit but you couldnt make it, what a surprise.. haha Now you are drooling in front of me begging to command you to fuck yourself up for me. Getting High for your Princess. That i command you how, when, how long ect.. to sniff your brain away. Now iam ready again to fuck you and i will fuck you not only one no it will be the lovely number 3. Triple Fucked. I will make you so fucking high, take over complete controll over you Pp0pp3rs bitch.You will follow my every command without any resistance at all and will get a triple fuck up of your boring loser life. 1-2-3 Fucked UP

I'm with my friend, and we have two slaves in the dungeon. We have decided to use them both at the same time, putting them to good use. The slaves were talking too much, so we decided that som footgagging would be a good way to shut them up. We also want our bitches to entertain us. so we are going to make this a footgagging competition. The looser slave will have to lick, and clean the feet of the other slave. We have the slaves on their backs and begin stuffing out feet deep into their throat. It's great fun, as we are treated to a gargling symphony from our slaves, as they shoke and try to breathe. It's not too long before the competition hots up, we have to footslap and shout at both our slave to do better.There will be no time for slacking, as we continue to abuse and punish them. During the competition one of our slaves complaines he can't breathe and his nose is stuffed up. We allow him the undulgence of blowing his nose. He then returns to resume his position under my friends beautiful feet. Of course points will be deducted from his performance. We continue to choke and footgag our bitches until it's finally time to end the competition and choose a looser. That's right!! There are no winners with slaves. With both our bitches on their knees, we sit on their backs as the loser takes up his position for his punishment to lick the feet of the other slave. It's been a great competition, and we had lots of fun!!

I went for a ride again. During the ride my horse let some leftovers falling on the path. To collect refuse is naturally one of the main duties of my servants. So I ordered one of my abortions to clean the forest and horse trails according to my perceptions. Someone who knows me, knows that my ideas of a cleaning action could be realy mean and sadistic â and I think, you could get a right and drastical impression on it. A showel ISNâT what this idiot needs to collect the shit. So why does this bimbo have two blank jerking paws and a slavejab? It works perfect with that! With whips of my riding crop I speed this stinker up through woods and meadows, always being on track oft he horse thurd. Yummi! Naturally he got a proper beating so he has a long lasting unpleasant memory of this day. A day, he had a real âShit-Jobââ¦

This Clip in German is one of my first toilet slavery clips in which I prepare a meal a slave has bought from me. There is some dirty talk involved, but you will get the point even if you don't understand every wordâ¦The view is more important! You see in detail how the delicious meal leaves my gorgeous ass and I make sure to show it to you in detail, right before some more comes out to be delivered to one of my obedient toilets!

You're just a loser with a tiny dick - and we'll now test how small exactly it is. By buying this clip you'll get an assignment - pay attention, loser! You'll get a ruler and measure your pathetic tiny dick. You'll get it hard, measure it and send me a photo of your dick and the ruler. You won't be able to chicken out - I see when you buy the clip - and then I'll also get to see if your dick is just small or tiny or barely existing! And the smaller it is - the more you're going to pay - the higher the tribute payment! And if it's not only small but also ugly you're going to pay double! Come on, get to work, loser!

I dressed as a bitch I want to enjoy myself before I place the fuck machine and start to fuck me slowly at firstjust as I would love to be fucked by a real cock then faster and faster and faster until they come off badOn you believe that something so mechanical that makes me enjoy so much? then find out for yourself! 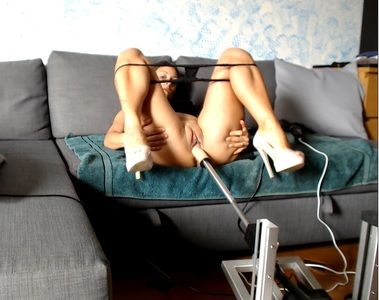 Smoking Redd takes us with her on a trip to the Buffet! We get to see her as she eats all the delicious pizza and wings and breadsticks. She even shows her bloated belly afterwards!! Loooks like she was stuffed pretty good! Turns out she was constipated and couldnât get that meal out until the next day. When she finally let it out, it was a runny mess! Enjoy the adventure in Smoking Reddâs Newest clip!

Come on, get closer to my high heels! You'll now kiss and lick them - every little spot on them! Your mistress wants her shoes to be spotless clean and you don't deserve something better anyway - licking shoes is good enough for you. Get the heel deep into your mouth - that's how I want it.