I like to torture you jerks for my life. Put a few green bills in front of my feet and look forward to a very special "polka" dance on your body! If you want to experience the real come in my chat and write me.

I was in the kitchen when all of a sudden my belly started cramping. It felt like I had really bad shit. I pushed the stream of diarrhea from my asshole! It was a nasty, wet, sloppy, mess of diarrhea! Then I felt another one! I couldnÂt stop it! So many wet bursts of diarrhea exploded out of my ass! I had no control! This smelly, wet poop burst out of my asshole and onto the kitchen floor! Oh gross! Look that that mess! ThereÂs shit all over my floor! What as nasty, smelly diarrhea mess! Enjoy!

n053 Princess Bertie Trina's slave FaceSitting (iPhone)Someone is envies of this slave? Of course! After all, her face touches with the soft ass of Mrs. Bertie. Slave does not get air, but she likes it - she mumbles a little. But Mrs. Bertie laughs with pleasure. She likes to feel the face of a naughty girl under her ass. 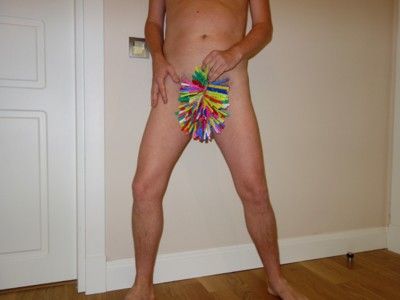 Megumi had always had a special attraction to older men. She lays quietly but excited as to what will come ahead. The old man begins removing her clothes, revealing her wonderfully pink and erect nipples. Her heavenly mounds exposed, she is flipped to her chest and her knees dug into the bed. The old man explored her hairy ass and began playing with tiny, tight hole. She giggled as his finger dug deeper into her anus, and her shit juices began leaking out. The old man continued digging until she moaned loudly and felt her shit bubbling out from within.

Foot humiliation in the slave hierarchy!Slave Bobby gets a blowjob from his mistress Missy. The in turn subordinate slave Zero must film the whole and may only watch. While Bobby gets blown and wanked by Missy, he again humiliates Slave Zero and taunts him if he likes to smell feet. After Slave Zero says yes to this drool, Bobby gets him down even more. He begins to lick Missy's feet while Slave Zero is only allowed to watch and to film everything.Finally, Bobby humiliates him even more in that he jumps up and squirts in front of him Missy vigorously in her face.

The dirt at the boots has to be lick off. For that Empress Victoria spit at her boots. The slave lick it up and starts to lick clean their boots. She whip his ass and sit on his body, while he is licking her boots. Then she hold the soles of the boots in front of the slave, which begins immideatly to lick them clean.

Your only purpose in life is to pay for my luxuries! You, slave loser, will give me a tribute right now. Let's go! You know that you're addicted to me and seeing me in this sexy latex dress takes away the last piece of your free will. You're only interesting to me as long as I can take you to the cleaners because I would never care for a pathetic wimp like you otherwise and you know it!