Me and Princess Nikki we are so sexy smilieng while we slap a pathetic slave face harder and harder. We donÃÂ´t care if he has pain or no, dosnÃÂ´t metter what happans to a slave, he ist just a garbage like you, the only thing that matters is if we have fun!Nikki

Maya is a great cocksucker. She sucks slave's cock like vacuum cleaner without stopping for a second. She used to adore sucking, but after she got pregnant, her can't tear away from the dick, don't feed her bread, let her suck. And of course, sucking dick is best smeared with thicker shit, so it's sweeter. I like how she becomes more and more depraved and dirty, becomes real whore and pregnancy does not prevent her from continuing eating my shit at all

ITALIAN SPEAKINGCUSTOM REQUEST ? Mistress enters the dungeon by walking and pulling the four-legged pony by the reins. She decides that before riding it is better to smoke a cigarette. She takes a chair and sits astride it. She lights a cigarette and starts smoking it in the face of the pony slave which she obviously will also use as an ashtray. When she is done she will make the pony lie on its stomach. Being an inept she cannot take her for a walk like she should so she decides to ride her while lying on the ground. She will then put the saddle on her back, she will sit perfectly astride this and will mount her at will, pulling her hard with the reins. Sometimes softly , sometimes harder. Once satisfied, she will turn her on her stomach and always with the saddle (this time on his stomach) she will mount him in this position, finishing it all by smoking another cigarette while sitting astride on the saddle?

You've been waiting for your girlfriend to go to bed so that you can jerk to me. You know my control over you is growing and you're on the cusp of giving me all your information, edging yourself so stupid that you hand over exactly what I need to control your information and therefore control YOU completely. I'm going to make you goon and edge until you're homewrecked and I own you completely.

You've been waiting for your girlfriend to go to bed so that you can jerk to me. You know my control over you is growing and you're on the cusp of giving me all your information, edging yourself so stupid that you hand over exactly what I need to control your information and therefore control YOU completely. I'm going to make you goon and edge until you're homewrecked and I own you completely. 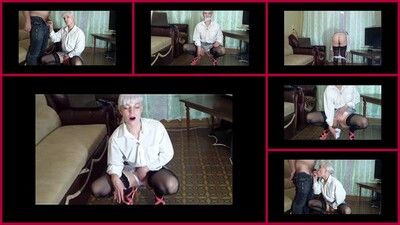 Dirty Talk and Scat Instructions in English!Are you hungry for my shit? But just too far away to book a real session with me?Then this video is for you: I will explain to you, how you can receive my divine poop at your doorstep within 24 hours. The sight of my butt makes you so horny, that you canÂ´t wait for the mail man to arrive... Let me tease and dirty talk you into submission. Then I take your breath way, as I unload a huge shit into a gift box. Finally you receive the long-distance toilet training you dreamed of! In great detail, I will tell you, what you have to do with my huge load of brown gold.Poop mail orders can be placed now!

This is the second clip with Magdalena. We hope you like what she can do and you will help her to become more and more dirty. Another parts from her daily pooping, filmed alone. Lots of piss and shit for her fans!

Mistress Valkiria dominates her slave with her powerful 41 size feet! This is the third part of a huge video-shooting! Enjoy the supreme Empress in action!High resolution.

When this woman came home, the first thing that greets her is the slave whom hasnÂt been able to do his daily chores! This immediately irritates her which causes her to impose a punishment! Without warning, she grabs him and throws him on the floor where she proceeds to urinate on his face and into his mouth! He is even ordered to spread his lips wide open so that she can shoot every drop of piss she has into his mouth, leaving him with no choice but to swallow! With the amount of urine she releases, he couldnÂt help but repeatedly gag in the process! To make things worse, the only time she tops is when she could no longer release any more, and that takes a couple of gulps for the man!

For the first time in 55 years, England has finally made it into the European Championship Final. And this history in the making is going to be marked not just by you but also by me. Sunday's game promises to be tense. And it will be tense in more ways than one. Goals for England mean you get a nice reward. A win for England means you get an even nicer reward. But if Italy scores, then you suffer not just emotionally, but physically and financially. And if Italy wins...well....let's just say you won't be able to ease that frustration! 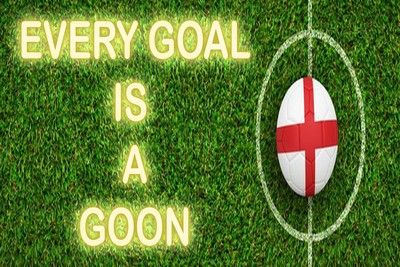 Upon arriving home, this woman is greeted by the sight of her stepfather who is wearing nothing but his underwear! Before she could ask, she is immediately grabbed and brought to his room where she is rendered helpless! Her legs are wrapped with tape, her mouth fitted with a lip retractor, and gets attached with a nose hook! After which, she is handed with a vibrator and made to pleasure herself! In an effort to keep the man happy, she does her best, making sure to moan every second of the situation! Eventually, she is made to stop, but the guy isnÂt completely done with her just yet! What he does is hold a glass underneath her pussy and makes her urinate! She manages to release a substantial amount of pee that leads to filling the glass! By then, he pours everything into his mouth and drinks all of it! Entertained the man may seem, that isnÂt enough to completely satisfy him, but rather will come back for more urine to quench more of his thirst, and there is nothing the lady can do about it!

19548 - Humiliated and smothered under nylon feet

I pull the slave into the room on his leash and sit down on the couch while he has to kneel in front of me. I order him to take off my sexy high heels to expose my nylon feet. I want him to deeply inhale the scent of my well-worn nylons and therefore I press my feet tightly on his nose - while holding the leash with my hand to make sure that he can't get away from my feet. After making him smell my feet for a while, I decide to smother him with my feet instead - and again the leash comes in handy to pull his face into my feet and smother him under my feet and toes! In the end he has to lie down on his back, kiss my foot soles and I smother him under my feet some more!

ITALIAN SPEAKINGToday I?m going to relax and enjoy some training with my tiny cock slave. He likes to worship my boots, and I enjoy making him suffer. While sitting comfortably on the bench, I call him over. He?s still wearing his leash and collar and it gives me more control over my bitch. He?s such a stupid slut and I have to continually repeat myself. So I also have my dressage whip to hand and use it to make sure he obeys my commands. After making him lick my boots, I allow him his little reward. With a few kicks in his tiny cock and balls, I tell him to remove his thong. I place his cock between the soles of my beautiful boots to see if he can raise a throbber. It seems his cock is useless, and I allow him to touch it to help get it up. Eventually, I tell him he can cum and he squirts his mess on my beautiful boots. Of course, I give him some more dressage whipping treatment. Before I allow him to go back to his cage, he has to lick his mess from my beautiful black boots?

As your mistress has ordered you, you are now squatting in front of her with hunger and thirst. You haven't been allowed to consume anything for a long time but now you will be fed powerfully! Mistress Jane gives you a large portion of her hot spit to drink. She spits on the sole of her high heels and YOU may lick it up. What's the matter? Have you lost your thirst?! No! You're love it really... So, lick it all off!

For the first time we're releasing 'Moxxi's First Expertience' in full HD 1920x1080p. The video has also been reedited to include any outtakes making this the definitive version to own. Moxxi is quietly working as she rests her feet on my face using it as a foot stool. Completely ignoring me as she works, as I lay hidden below her office desk with the gentle scent of her feet on my face. She enjoyed doing this so much it became routine for whenever she visited us from Vegas.

Techno music and the girl going crazy. She tramples, destroys, digs in her heels. She is wearing a latex bodysuit, has long red hair, and shiny black heels. Stilettos were new, very dirty soles. The film was shot from four different angles. Now I regret that...the cock was fake. Time: 29,03 min.

This is a series about the adventures of the Goddess Jeanne and her pony girl. Description of the first part:Goddess Jeanne loves to ride a pony, the girl looks very sexy and domineering when she rides a mare. The rider likes to command and urge the pony girl, hitting her ass with a stack to make it move faster. Ohh, Jeanne looks amazing when she rides, and the poor mare groans under her weight, but still does not dare to stop...