Today Mistress is good, decides to make a video to wish you Happy Easter toilet slave.What better way to wish happy Easter if the slave do not drink its golden rain directly from within the Easter Egg ....The Mistress obliges the slave to hold the Easter egg in his hand and begins to piss in, then obliges him to drink more...Finally, sadistic as always, breaks of small pieces of chocolate, spits on and obliges the slave to eat them.Fantastic Mistress!

This is it. You knew how addicted you'll become, and now you're online every day to read a single word of your mistress because I am your absolute sense of life!

CUSTOM REQUEST - I purchased many videos and often look at them for segarmi ... I am obsessed with you and by sperm, I love it. I wish to have a video where I play with my sperm, without wasting a single drop. If possible your wearing a large strap-on and during this video can you repeatedly pronounce my name, Antonio. In the past you have already made me some videos of CEI. They were excellent, and I know you won't disappoint...

Let's make a date, just you and me... A special little online rendezvous where you lose yourself in me... C'mon slave, you know you want to...Come and meet me on Teamviewer today...

Sugar Hill is back with three FUNKY and Nasty clips!! Enjoy as she gives herself an Enema in the 1st two scenes. Then enjoy as she Has a little fun with her end results!! Enjoy as she makes all kinds of treats and Skincare products out of her brownies!!! Who knew you could have that much fun on Sugar Hill â and with the things that come out of it!!!!

I returned home from a walk. I find a man in the kitchen. we begin to crush and stomp his penis with his dirty shoes. Emu like it. His cock is growing rapidly in size. 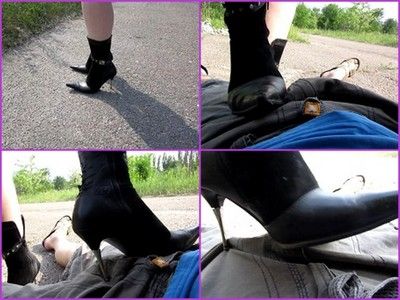 Here was a girlfriend of mine from a men`s horn extreme and without mercy fingered, fisted as well as fucked.They did it so extremely that my girlfriend had to cum and to squirt 3 times!I lay on the ground in front of her and we had designed a 6 meter scale. In the first mega-squirt, my girlfriend, she splashed 6 meters wide, her pussy juice from her cunt.That was certainly more than a liter of her hot pussy juice raining down on me.Then she splashed twice more extremely, while the males used them dirty, but not as much and far as in the first squirt.You have not seen anything like this and if that was not a world record suspect mega-squirt, then I do not know!

A femme fatale( BLACK WIDOW) is a mysterious and seductive woman(so true) whose charms ensnare her lovers in bonds of irresistible desire, often leading them into compromising, dangerous, and situations.A femme fatale tries to achieve her hidden purpose by using feminine wiles such as beauty, charm, and sexual allure. In some situations, she uses lying or coercion rather than charm. She may also make use of some subduing power such as sheer gloves, hpsiery sheer body , sexy legs, sensual lips . stunning eyes..Her ability to entrance and control her victim with a spell was in the earliest stories seen as being literally supernatural; hence, the femme fatale today is still often described as having a power akin to an enchantress, seductress, vampire, witch, or demon, having some power over men.Whats Goddess Celine ' s secret power to enslave Her victim??Lets see (Duo the sheer transparence this clip will be a bit expensive , its not for everybody for sure but my loyal nylon fans will buy it for sure!)

Its afternoon and this girl is walking back from school to her home when she felt strong cramp and her stomach is really aching. She must have eaten something rotten during lunch! She feels like she has to go to the bathroom and her house is further away yet. She can't help it anymore she is going to shit any minute! And she did just that on the middle of the road and its all caught on the video!

This is the FIRST ever edging video that I've done, and I've also incorporated a little CHALLENGE for you guys. Here's how it goes:I give you sensual jerk off instructions while showing off my stunning figure in some of my best lingerie, bringing you close to climax before making you stop, pause, and start again. After I have done this more times than you can possibly handle, I instruct you to stop - rewind - and begin the clip again. Only if you make it through the whole thing twice do you get to experience the sweet release and honour of having an orgasm for me. If you fail, then you'll just have to start again

In this clip you can see how my slaves have to suffer when I'm in a really bitchy mood. I'm just having fun by torturing this loser with whatever comes to my mind. He gets his face slapped, I spit into his mouth, make him smell my stinky socks, give him some buttdrops and strangle him as well. The more he suffers - the more fun I have!

You came to me with a mouth fetish saying you would do anything for me. I asked are you sure anything? Of course dumb dumb you agreed so fine you said anything so I shrink you down.. Aww look how cute you are so tiny but lets be serious I cant keep you around so I guess I will just eat you!

Butt-crushing balloons alone is a lot of fun - but I figured crushing them on the slave's balls would make it even better :-D I put one balloon after the other on his crotch, sit down on top of it and make it pop - with my ass falling down on his crotch obviously :-D He also gets some buttdrops on his balls without a balloon - and I try out a lot of different positions. If you love to see a mistress just having a lot of fun - while the slave is in a lot of pain - you can't miss this video!

On the last dirty-pig-party in Bremen,the organizer had converted a toilet bowl and fitted it with a plug at the end, to which a hose was attached. All the participants, all men and women, had to piss into this toilet bowl.When this was full with about 10 liters of piss, Bonita de Sax and I swallowed this piss! Here in the first part you can see how the toilet bowl was full pissed by men and girls!Among them I am also to be seen.Then let Bonita and I, the spicy piss, taste and swallow them, using the hose. We also did piss-swapping. I was also pissed full by several men and they pissed me all into my greedy mouth! In the second part pissed me then also another girl, a violent ray in my mouth! You have not seen anything like this before. Unique, perverse, dirty and mega moist and dirty! Yes, you see, only with me!

How to start a hard day's work? Simple, with a nice shower of urine! Look me in the morning, I wash with my magic urine! I like its exciting fragrance, do not miss this video, I fill a jar and I empty all about me ... 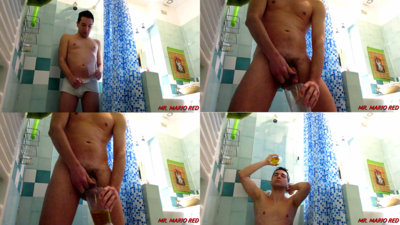 63750 - A normal day for the Mistress Lydie's house slave

I have a living toilet, which is in my closet. In the evening before going to bed, I brush my teeth and go to the toilet for pee and poop. I have a more pee at the camera. After that I shit in the mouth to my toilet slave. My shit today has a distinctive color and a pleasant aroma, so my living toilet eats all of my shit. It's funny to look at a helpless slut, thing for Mistress, which obediently lying on the floor with shit in the mouth. I shoved all my shit in your rotten mouth, until I see you ate every last bite. Lick my heels and swallow my shit, submissive bitch.

The wanking thing is something we have to train, isn't it...!? You are a little jerk-off loser! I have heard that you haven't followed my wanking instructions! Soo, let's see what we can do... from now on you are only allowed to jerk-off your little slave dick when I tell you to do so! Do you understand, loser!? OK! From now on there will be some law and order in your tiny life again! But I already know that it will be very difficult! I know that you want to touch your dick while watching me and my hot outfit! But don't forget you are only allowed to jerk-off when I tell you to do so! Maybe I have a surprise for you... We will see... :-D This training will show you my might and power. You will do whatever I will tell so! And now - BUY THE CLIP! And let's start!