Lady Missy is not satisfied with the slave yet. She humiliates him verbally and urges him to lick everything off the floor. Until everything is clean. He even has to roll over the rubber gloves that Lady Missy has worn and even leach them out. With the straw, he also has to sip the remains of the floor, while Lady Missy pulls up in between and hinrotzt nice with full force. Shortly thereafter, even the tough snot, which should still be a bit warm through the straw in the mouth of the toilet slave. Then Lady Chrissy comes back to listen to his fictitious job interview with what he should think up, just ridiculous what comes out of it. Actually, this slave is useless, except maybe to eat shit.https://www.yezzclips.com/store598

Lady Ria Rebell works as a secretary t the company.. Today she seduces you with her nylon feet and her bare soles and her long toes. She opens her bun and takes off her high heels. You can watch her sexy feet and log toes with the red polish covered in black nylons. She removes her stockings and wants you to worship her sexy bare feet. She wants you to suck every single toe and to remove the sweat from her soles.

Celine's favorite past time? Trampling ugly people under her big boots of course! Anyone who's seen Celine in action knows she dominates with style! She came over after class to trample me for a good half hour wearing her boots, this is a portion of the footage we did together.RAW UNCUT AMATEUR FOOTAGE Felicia just loves to relax and rest her feet after a very long day with her feet inside her boots but, she especially loves to do it with her footslave at her feet! She is planning to watch a few episodes of her favorite series on Starflix, so she asked to her loser slave to sit down on the floor, right in front of her feet! She makes him take her boots off to give a nice rest to her feet, then immediately covers his face with her sweaty white socks! The smell was kind of intense, but she just makes fun at him, and rubs them all over his face! She makes him take some deep breaths in her sweaty white socks, and makes him lick the filthy bottom of her socks! Felicia also makes him take her socks off with his teeth, and covers his face again with her sweaty naked feet! She makes him take some deep breaths in feet while watching her favorite TV show, and makes him lick the sweaty bottom of her soles! There is just nothing like using this loser slave to rest her feet after a long day!

Part 1 - Coming home from school, sweetheart lays eyes on her old doll and immediately grabs it to aid her in her fetish! What she first does is kiss and spit all over it until it is drenched with her saliva! After which, she lays it on the floor where she proceeds to urinate on it while still wearing her uniform!

Full Movie - After a long day at school, a sweetheart comes home looking forward to quench her ravaging urges! Since she finds her old doll, it immediately becomes the subject of her fetish! Without further ado, she brings it close to her face and starts kissing and spitting all over it! By the time it is drenched with her saliva, she puts it down on the floor and then pisses on it while still wearing her clothes! She later takes off her uniform to comfortably resume urinating on it! When she could no longer release anymore, she proceeds to defecate on the toy! After which, she mixes and plays with the piss and poop, creating a thick liquid all over the doll as well as on the ground! It doesnÂt end there, her bladder eventually gets refilled, and so she pisses on the toy again and then plays with the mixture using her fingers!

ENGLISH SPEAKINGToday I'm with one of my beautiful Mistress friends at the House of Sinn. We are both looking forward to giving our slave some punishment. He's been gettting a little too cocky (pun intended) and we're going to teach him some manners. We have him dressed as our personal slut, wearing stiletto shoes and a pair of fishnet tights. We tightly bound him to the bench, with his ass fully exposed. He can't escape, and we are going to give him a good beating. We select our floggers and begin his punishment, taking turns at whipping his sorry ass. I think his tights may be giving him a little protection, so we decide to rip them open to fully expose his bare ass. It's much better as we hear the loud whacks of the leather from our floggers, as they change the colour of the skin on our sluts ass. He squirms and struggles but can't get away. I have his head between my legs as my friend gives him a good beating. We then give his ass some heavy hand slaps, before changing to a heavier flogger. It works a treat as our bitch begins to squeal more, and begs us to stop. Not yet... As we remind him why he's in The Red Room!!

With barely a word to her slave, Mistress Amy takes his ability to breathe. She pulls on his leash leash and hits him. Before he know what's happening, the Mistress has already stopped him from breathing! He won't easily escape. Mistress Amy is really beating him up today!

Look at these 2 little croissants ... I'll prepare them for you properly! I'll put them into my nylon socks - so they'll be under my toes and feet all day long ... and to make them even more sweaty, I put on an extra pair of normal socks on as well - before putting on my warm fur-lined ankle boots. They're getting flattened under my feet immediately and they'll be soaked in my foot sweat over the course of the day. I drive to the office, visit a friend of mine and get some groceries before I return in the evening. Almost 12 hours later I return - your dinner is almost ready, slave! I take off my boots and reveal my sweaty socks - you can even see they're moist - through the croissants, nylons and normal socks! Then I take off my socks and nylons as well to take out the sweat-soaked croissants. Just a last addition to your meal ... a lot of my divine spit! Then they're ready to be eaten ... so go ahead ... eat the spit & foot-sweat soaked croissants!

Jane and Domi amuse themselves over a fat slave. The fat one is now on a diet because he can't even do a couple of push-ups anymore. Some lashes loosen the fat and a fat heap of shit directly in his mouth shits it will maybe etch away from inside. After Jane has pooped herself, the slave is busy with eating, Domi gets bad of the stench, she has to throw up easily and so the fat one still has something as dessert.

Two clips of bootyful Madame Du B dropping some huge sloppy chocolate piles in her toilet out of that big round booty of hers. Be sure to see, tribute and follow the bootyful on Twitter; @Ms_Du_B you will not be disappointed. You will see more from this goddess 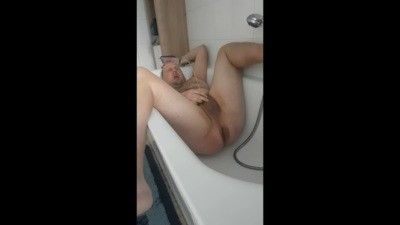 As Suzy smothers her victim's face with her feet to shut him up, she explains to him the type of victims her feet have taken out, and now it is his turn....He struggles and tries to scream as her sexy, but powerful foot is kept shoved down his throat.The pain is horrific, and the experience is too brutal for him.She places her foot deep into his mouth countless times until he is just another lifeless victim on the floor.

I have fun. I take a large glass shaving cream. I have long hair. I taste the foam. All my hair become frothy. I need a lot of foam here. Now I spread my face with foam. It is fun. This super sensation brings me 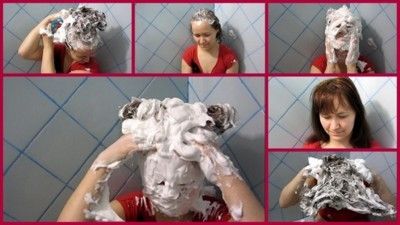 Lady Missy and Lady Chrissy call the toilet slave in the room. He is too stupid to just count to three. He has already forgotten the simplest rule to crawl on their knees in the room. Lady Missy does no longer waits and uses these toilet slave. A brief command, and his mouth stands wide open. Now Lady Missy pees firstonce heavily in its mouth. Lady Missys piss is flowing into his mouth and fills up to the top quickly. Now swallow, well behaved, and more. Then Lady Missy begins to shit. Her soft poop plops exactly into in its mouth. http://www.yezzclips.com/store750

My female slave always manages to surprise me, with me, she wants to try every extreme position to receive her caresses everyday, I can not grant this privilege to her and reward her with my attention and my beloved bullwhip. And not only that ....

you are in the right place,at the right time..Fallow Me into a trance..your subconscious mind is now becoming fully aware of the infinite abundance of excellent opportunities to enoy epic wealth within all areas of you life....Quit your mind ..to open your mind..Relax and go into deep strokenosis for me..Feel the true power of this spell after obtaining and while listening Goddess Celine.strokenosis is so wonderful, isn't it.. allowing yourself to deeply relax, feeling so peaceful...safe...&...tranquil *My Voice* ... so compelling, mesmerizing, drifting deeper and deeper now.... Ahhhh... the joy of strokenosis ...

The asses of the ladies Emely and Saskia are so hot and they both know it! They'll show you their sexy asses and get you off. That gets your slave dick hard, doesn't it? Especially when they grab eachother asses and slap eachother's butts. But you, loser, may not touch - just look! You don't deserve anything more.