Cozy I lie on the couch and read my book. My attention must be earned. And you definitely do not deserve it. As I read my book and work on my phone, I ignore you skillfully.But you're little loser after all, are not you? Gracious of me is to let you watch complete failure.Do you appreciate my divine sight in my tight jeans? 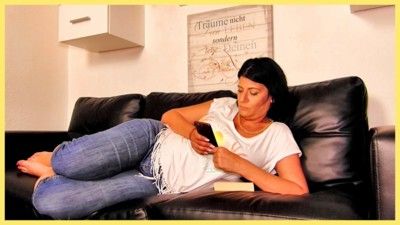 At the beginning, the slave thinks that the two friends Lady Amy and Princess Serena have good plans for him but he couldn't be more wrong! They will torture him with hard facesitting. Princess Serena starts and sits down directly on his slave face, making him shut his stupid mouth and carry the pressure of her body weight on his skull. Who can torment him better with hot facesitting? Lady Amy or Princess Serena? Watch now because Lady Amy now can also squeeze all the air from his body with her awesome ass!

I standing into my toilet this morning ready for a productive day. I take a nice relaxing hard stream of morning piss right on the floor and then realize I gotta poop as well. I pushing and then give you a profile view so you can see my ass and thighs flex as I strain to push out my constipated load. You can here it plop and practically feel my relief! I show my asshole and make it wink for you!

HOME-NINNY TOTAL HUMILIATED IN BATH!After slave Maskenjoe was ordered by Princess Smiley to wash the sweaty sports equipment from her, he immediately finds himself in the bathroom and manually washes there by time pressure, totally disgusted with the smell of the sports equipment. When the mistress suddenly comes in it puts a few punches on the ass, because he is so slow. The pretty young mistress then climbs into the shower and uses it as a bath towel under her feet. Standing on him, she strips off her clothes and throws the pants on his face. Then she pulls the panty over his face and orders him to continue washing her clothes with the panty on his face. While the sexy diva takes her shower, she examines from the shower if her slave is still good at washing her things - with the panty over his face.When she finally comes out of the shower, he has to serve her again as a bath mat and then kneel down. Now the young natural sadist lady cleans her ears with a few cotton swabs. And then forces Maskenjoe to lick her earwax from the chopsticks. Kneeling in front of the toilet, Maskenjoe has to lick several of her ear buds and keep them in his mouth.For the grand finale, Princess Smiley also cleans her nose vigorously and then forces him to lick all the snot and mucus from her nose out of the paper.

Because this slave has annoyed Mistress Vanny, he now gets the rightful punishment for his behavior. She sits firmly with her g-string ass on his head and punishes him with nasty facesitting so she doesn't have to look at his face anymore and keeps his mouth shut. Mistress Vanny makes herself comfortable with her sexy ass on his face and reduces his breathing. She is pissed off and punishes him hard! Out of fear, her slave lets everything pass over him and hopes for mercy. But he can wait a long time for that...

Bizarrlady Jessica und Lea probieren ihre Stiefeln und High Heels am KÃ¶rper von Sklave Joschi aus. Der muss in der Kammer am Boden gefesselt auf allen Vieren bleiben und wird von den beiden aus allen Winkeln hart getreten. Bizarrlady Jessica and Lea Their boots and High Heels tryat the body of slave Joschi. This one must remain tied up in the chamber on the ground on all fours and is kicked hard of the two from all angles.

Mistress Anfisa has for a long time been looking forward to a small walk with her slave horse. She puts the rope around his neck and sits down on his back. Of course she won't be walking herself. Her human pony does that for her and carries her on his back. Mistress Anfisa takes a whip to help the pony go and tries to drive him to top performance. Round and round he walks, just as his strict female rider wants him to. You can see how exhausting it is for him... This loser pony sweats and snorts. He simply has no conditioning! That's a good reason to sell this stupid horse!

9185 - Goddess Yasemin explains how to jerk off your tiny cock

Goddess Yasemin is shocked how tiny your cock is! Of course she knows that you have no idea how to wank it. It's fortunate for you that she is kind enough to explain it to you. Pay attention and do as she says. Let's if you even can jerk off at all with that tiny mini cock, haha!

Alida kickt Bobby barfuss. Zwischendurch bekommt er von ihr auch ab und zu mit der flachen Hand eine auf den Arsch. Alida kicks bobby barefootedly. It gets one of her with its flat hand on the ass from time to time in between times, too.

Verbal Humiliations and real scat!I am in Milano, and this new Toilet is going to eat my shit! He brought me to a fancy dinner last night and now, he is going to it what I ate. He gave a lot of money for that fancy dinner, so it would be a shame if he doesn't eat all now!

Today Goddess Parvati was in a great mood because she wanted to fist a large hole then to fill the other one with the daily meal : Diarrhea ! At the beginning, she allowed the pathetic desperate toilet slave to worship her big round asshole.Then she ordered him to sit with his ass up so that she could fist him hard. She begin slowly, to produce dilatation then to increase pain in his ass. First with one fingers, than 2,3 and then she push her whole hand inside and penetrated him deeply !At the end she took a blue vinyl carpet and put it on the floor, in her lobby and told him to sit on his back, with his pathetic mouth WIDE OPEN for that she will fill it with her soft Diarrhea that completely covered his face !After she released, she begin to humiliate him in many ways, telling him he is a disgusting pig that came to eat her shit and she was recording him with her phone to prove her domme friends what full toilet he become ! She told him to bring her gifts (dress and the stiletto shoes) or else everyone will know about his dark fetish and fantasy and he will be publicly humiliated ! An EPIC DIARRHEA movie with Goddess Parvati ! 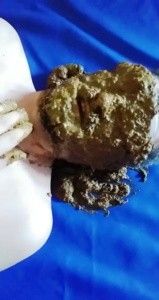 The human piece of furniture is used by his lady as a pillow under her ass. TallPrincess Violetta focuses on in her body on his face, it is convenient to write the sms to make. has to serve her with his head. In a cramped neck posture he must remain to be the beautiful young goddess may serve as a piece of furniture.

So slave, you are in a relationship.But you don't want your wife anymore - you want your Goddess! Every day you come in my store to see me and your cock is getting hard just for me and you can explode...just looking at me! You have a lot of my clips... I really love to put you in situation where your wife can catch you;) I coerce you to do this for me because you need just me...you belong me!

You, little licking slave, are here today to clean the shoe soles of Mistress Vanny! She spits extra saliva for YOU on her dirty soles. After all, they're supposed to get clean! So she has enough saliva for you, she chews bubble gum - the spit flows freely! Come on! Lick everything clean! Her dirty shoe soles must shine again when you're finished with them. Mistress Vanny spits again and again and lets you lick it all up. Lick the divine shoes of your mistress clean with your tongue. You will not waste a drop of her delicious spit. You lick everything up!