A slave has presented himself as a perfect toilet. Whether this claim is true, my friend Rosella and I had to check the same.In my spacious wet area, the slave pig had to lie down and one by one, Rosella and I shot him two huge sausages in his mouth wide open.The first load he swallowed very well, but on the second load he had literally taken his mouth too full. Helps nothing! If you apply for a toilet, you have to swallow too! And since oral hygiene is important, Rosella clean her mouth with her remaining shit.

A short 45 second clip featuring Mean Brats Chanel and Celine lighting up a cigarette late at night blowing second hand cancer smoke into the camera! Inhale everything they blow your way and enjoy the clip! Includes a few exclusive never before released photos of Chanel after the end credits as well as some that were previously published added as "filler" to meet the 2 min clip requirements.(Clip Time: 45 Seconds) 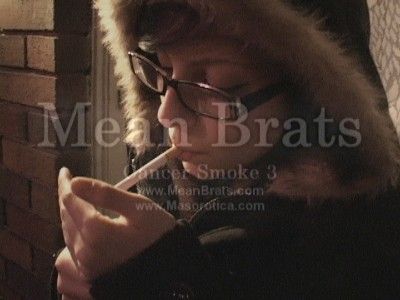 Here you can see only the hot scenes, where Contessa Calucci and I, a slave, extremely shit in the mouth, spitting in the Mouth, as well as piss in his Mouth, from the 23 minute full movie: Shit Nightmare for a new slave. 2 ladies shit in his mouth,! Complete eating and brushing teeth, with our shit!

Tight blue jeans with a pair of sexy high heels. Just look at my casual look I wore today. Always hot while on the go. Beautiful ethnic natural lips....KISS!

I am a beautiful black Mistress 22 years I piss a lot and I filled a large glassthe glass overflows and falls into the basinand he must drink everything , he must also drink the rest that is in the basinand clean it with the tongue the pig

I know how much you love stroking for me, jerking like a helpless addict. You need to empty your brain of any thoughts or feelings besides getting more and more obsessed and stroking to my perfect Goddess body. Follow my instructions to a guided mesmerizing JOI to empty your head so you have to focus on how good it feels to be a helpless little stroke machine for me.

Mistress Roberta doing today a perfect movie with humiliation, farting, feet worshipping, high heels, pantyhose, enema and DIARRHEA, all of them in a single one movie. She use again, as usually, his mouth, tongue and body to complete his training to become a full toilet pot whenever she need him. She push her diarrhea inside his mouth and play with her diarrhea using some blue gloves. 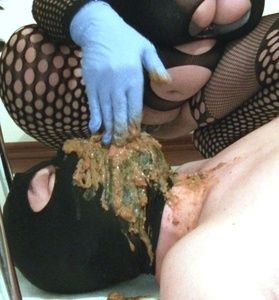 Gabriella likes to relax and rest her feet after a long day with her feet inside her converse so she calls her loser slave in the room to give some love and attention to her feet! She makes him take her sneakers off, then just covers his face with her sweaty white socks! The smell was so strong, they were kind of moist and wet! She just rubs her dirty white socks all over his face, while not really paying attention to him, and reading her book. She makes him take some deep breaths in her socks, and also makes him lick the sweaty bottom of her socks! She also gives a little rest to her toes inside his mouth! Gabriella would love to have a little more attention on her feet, so she makes him peels her socks off with his teeth to wash them inside his mouth! She makes him sniff the sweaty bottom of her soles, and also makes him stick his tongue out again to lick the sweaty bottom of her soles! She really seems to love that feeling of having a wet and juicy tongue right on her lovely feet! 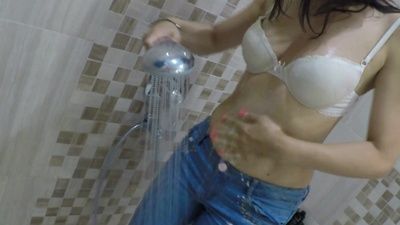 Poor Meg is alone again. But we know that she likes the gifts, a lot. To make her smile, we have bring her the other guy for fun. Her happiness has no ending. Our happiness is also great, cause we know how she plays with her victeems. Meg likes to have her feet tickled. She gives him her feet to worship.

Clarissa, Esther, Lorena and Rosie team up to destroy two white cakes with their bare soles. They have great fun smashing those delicates into utter mess. And it's not just the crushing they love, they're after the taste, too! Clarissa, Rosie and Lorena liked the cakes so much they took every chance to lick it off each other's and their own soles. Unfortunately, Esther disliked the dessert, but happily offered her feet for hungry tongues!

Lady B walk with her High Heel Gum Boots in the forest. She crushes many Food under her Boots. Cucumbers, tangerines, oranges, tomatoes, mushrooms, eggs and many more. She jump on two milk bags, the milk splash up. You see it in slowmo. After her crush massacre she walk into the deep water and cleans her dirty Boots.

I sit patiently under the desktop and wait for my lesson.My friend want me to learn how to suck good, so he use a banana.I have to peel the banana off, and start to eat.Suddenly he grab it harder and start to fuck my throat.

Christin tortures a Guitar with her spiked Pumps. She scratches the wooden Guitar with the long, sharp thorns under her Soles and Heels. She make many deep holes in the wooden body and standing with her full body weight on it. Now she begins the pierced Guitar to crush. At the end you see close up her Pumps and the pierced pieces of the poor Guitar.

Miranda has been eating a lot for a few days and she also has been saving up her chocolate shit for her slave. Now she wants to take a crap. Her slave will have to eat so much shit! She is going to feed him with her chocolate nectar. For five minutes Miranda is making shit and filling the slaveâs mouth with chocolate shit. She is pushing and trying to give out all the shit that she has been saving for a few days. If you want to eat chocolate poop of Miranda, and you want Jeanne to fill your mouth with shit to make you eat it all, then this is your video!

After I went for a walk with my slavedog I slipped out of my sweaty Nike Airmax to take care of my feet. Up and down all the way with the rasp and then sprinkled the scarf ready to be served on a dog-plate. A nice heap of kibble just for this raven greedy person down by my feet. Open wide, yappy little dog and snap the muck! Yummi! 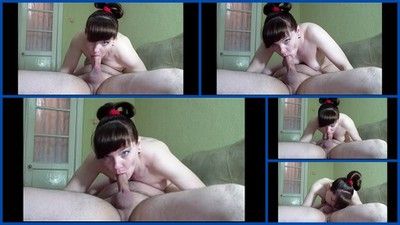 You love a sexy beauty like watching me smoke?With every turn you fall further and lose more and more control. I blow your mind away piece by piece. Let yourself fall, in my net.

Today I was shitting in the slave mouth. He just waiting until I want to use him and play with him like the toilet. He lie down on the floor near my toilet chair, and begining to lick my dirty asshole and lubricates her with his saliva, to get a portion of tasty shit in his slave mouth right from the source. It's very nice to see the eyes of a slave when he takes my shit to please me. I so well accustomed him to the taste and smell of my shit, that he acts as my toilet every day and eats my sweet shit. Of course he needs to understand that just by eating my shit he will get a fresh dose every time I want to use it.

One of Katelyn's shrunken slaves, Dan, thought he could be a handy guy last night and break all of Katelyn's slaves out of the cage when she was sleeping. For that he must pay! She already applied a drop of immobilization potion to him so now all he can do is watch in horror as Katelyn slowly approaches her hand to him. She talks about all of the things she can do to him and thinks about if she wants to spare his life or not. Luckily for him he's the handsomest out of the bunch. He does pay though! She pokes his abdomen, squeezes and pulls his legs, tugs on his arms, pulls his hair, and torments him with her hands.However, she warns if he fucks up one more time, she won't be so forgiving. And his torture doesn't end here. To finish paying for what he did he must please her in the bedroom! She tells him how it will go and then wraps her hands around his tiny body and tells him that it's time to bring her to the bed.