Goodness Grace will have you saying Goodness GRACIOUS!!! Grace returns with Two HOT scenes!! Enjoy as she begins with a twerk session. Shaking that sexy Georgia Peach of hers right in front the camera. Then Enjoy the next morning as she comes and blows up her bathroom!! Her stomach is upset. Listen as she tries to remember what she ate. Looks like it was some bad !! Enjoy her grunting and straining and Plops and Explosions out her ass!! Plenty of loud splashes in this one!! Beauty, Booty, and Booboo galore in this clip!! Also enjoy as she wiggles her sexy feet in front the camera as well

109534 - Boot licking and nylon smelling in the parking garage

As I return from a day in the mall the slave's still waiting in the locked trunk of my car. I let him out, only to make him sit down on the ground right away. I sit down on the edge of the trunk and order him to kiss and lick my boots - he has to lick all the street dirt off my sexy boots before I take them off to reveal my sweat-soaked nylons. Then I make him kiss and smell my nylon feet as well - while there are cars and people passing by in the background - always so much fun to expose this loser as a foot slave in public!

CUSTOM REQUEST - I needed a new Equestrian outfit, and a secret admirer was kind enough to send it to me as a gift. I hope you like it. The boots are particularly enticing. They make one feel so dominant. Also, I have a new whip that I'm going to use on my slut. I begin his pony training with him on his knees in the ready position. He also has a bit in his mouth, it makes it so much easier to have total control over my little pony. I get him to do some elementry turns and circles around me. Then sitting on him, I get him to take me around in larger circles. I warned him to be a good little pony. However, as he's in training I keep him under my boots and continually whip him to make sure he reamins obedient. I don't like the way he stops and starts. So he's going to suffer. It seems the only thing he understands is my whip. What a stupid little pony, he doesn't seem to be able to learn. So I'm going to keep whipping him until he does. After all, I'm having so much fun in my new outfit.

I bet you'd love to be my human seatpad, wouldn't you? Well, you will surely never experience this in real life - but at least now you can dream about it! Look at my tasty ass in these skin-tight jeans - as it slowly descends and then stays on your face - smothering you underneath. Will I get up often enough for you to survive? Do you think I care?!

This little loser gets Lady Carmens and my extremly stinky feet in his mug today. I havn't washed them for three days to see this little jerk suffering. We pull a plasticbag over his face so he gets the full stench and push our feet on his nose. Haha what a loser, he whimpers away because of our feetsmell! You would like to have this too right? You would even be allowed to lick our feet and suck our toes. And you are allowed to jerk off on our feet now! Go ahead!

In this video I prepare a really intense meal for the slave. I put some pastries in my nylon socks in the morning, then put on my converse and head out to get some groceries before work. I switch to some high heels afterwards - with the pastries still in my socks of course - and head into the office. After a full 8 hour work day I switch to a pair of boots and head into the city for some shopping before I return to the slave. In between I show you the flattened and sweat-soaked pastries a few times. The slave's pretty disgusted when I finally take my boots off in the evening and present his crushed meal to him - but of course I'm going to make him eat all of it. He even has to suck the remains and my sweat out of the nylons :-D

Before taking a dump into the slave's mouth, Princess Mia takes a shower. She pleases the slave allowing him to lick her ass. Lady spits in his face. He groans because of humiliation.

A goody for all footfriends and socks-fetishists: One of my dumbasses got a very exotic feast from me. It considers a worn stinky sock and a glass of delicious goddess nectar. Unfortunately this little greedy pig has filled up his hamster cheeks so much he didnât get after with swallowing. So I have pushed this stinky little portion down his throat with a toilet brush. â¦ Are you hungry anymore?

Watch me make a mess on my living room floor spraying shifty water on it. Part I then go in my kitchen and spray some shitty messy water on my wall. Look at the big shit clumps I leave for you 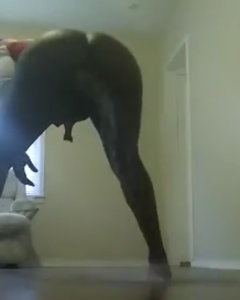 Felicia sweats a lot during the summer but especially after a long day with her lovely feet inside her brand new sneakers! She is actually wearing nice peds socks today and it seems like she is in a mood to rub them all over your face! She wants you to bow down on your knees and she takes pleasure to tease you with her sneakers on to take them off to totally cover your face with her sweaty peds socks! She knows how bad you are addicted to her feet so she wants you to take some deep breaths in her socks, and just enjoy that strong smell of her feet! She also wants you to stick your tongue out, and lick the sweaty bottom of her socks without complaining! Felicia also needs to give some fresh air to her feet, so she just takes her socks off with her toes and smother your face again with her sweaty naked feet! She wants you to take some deep breaths in her feet, and stick your tongue out again to lick the sweaty bottom of her soles! She just loves and enjoys to watch you lick the bottom of her soles like a good slave after a long summer day!

I know you love seeing my perfect goddess ass in tight little panties. I want you to put on a pair of panties too and stroke yourself while you worship my panties and ass. Showing off my perfect pussy and my thick phat jiggly ass cheeks. I know you would love to shove your face deep into my crotch and worship my perfect panties with my gorgeous ass in your face. Kiss your computer screen while I tell you how to stroke your cock. Watch me take off these shiny panties and let you see what's underneath. But remember, you're not allowed to cum until you see my gorgeous naked ass...that is, if I decide to show it to you ;)

My slave will now absorb the smell of my feet. His mouth is kept shut with tape to make sure he can only breathe through his nose. I make him inhale my foot odor and laugh at the pathetic foot slave!

I hear that you are a real gourmet and therefore I thought about something very delicious for you... you will lick my spit away! But of course I will add another exquisite ingredient - my bubblegum! You become soo horny when I play with my bubble gum, put it around my finger and lick it off again, don't you...!? Then I spit at the ground and you will lick it clean again! And I also spit right into your mouth and let you swallow everything. Yes, you are my tiny spit slave and you have to do a good job... so better be well prepared!

Here I was to a toilet-Slavery session, in the domina studio of Contessa Barbara Calucci, to fill with her a slave, with our delicacies! After we had brought the slaves into the slaves' cellar, we both spit, first in his mouth and he had to swallow our snot. Then Contessa Calucci pooped and pissed the slave into his mouth. He had to swallow everything away, and then I pooped and pissed the slave into his mouth, too. Since some shit from me had not landed in the slave's mouth, I pulled on latex gloves and fed the slave with my shit. We spit and spit on him, into his mouth smeared with shit. The slave had to then jerk his cock until he squirts while he ate shit! His own sperm, the slave had to swallow, too. Finally, he had to lick the floor clean!

Mistress tramples a slave with horseshit boots in floorview. Youre hidden and can see the trampling boot in the nearest. If you are discovered by the mistress you will be the next victim and you can do nothing to prevent this.

Do you like to watch me pedal pumping in my car, barefoot wearing jeans ? Slowly and carefully I push the pedal all the way down while you can watch it close up !

Joss is the lightest girl on the site with 52 kilos and Bea is youngest and heaviest with 73 kilos. It's known that small girls are poison and that is Joss. Sadistic nature and girl who knows to have fun. Bea is different. She is cold as ice and she is aware of her weight. She uses the weight to crush anything under her body. Slaves runaway from her. Bea uses her full weight and bounces on his belly.

Today Princess Mia was very upset. But she knows how to cheer herself up. The obedient slave, as usual, sits on the chain all day and waits only for his Mistress. He can not help it. His destiny is submission and humiliation. Mistress decided to relax with her toy. She just came from a party and she had a lot of tasty food inside for a slave. And now she will treat him. Mia began to shit directly into the mouth of a slave, pressed him with a belt to her ass and did not allow to resist. The slave is completely naked and trembling, he is afraid and at the same time he loves his Mistress. Mia fed her slave with the best, sweetest, tasty shit, and the insignificant slave tolerated everything and tried to eat it. Then she began to goof on him, laugh, smear all over his face and spit into his face.

He loser you are so addicted to get off right? I really hate. It just let me think FUCK YOU. So i thought i will just make a fuck you joi. Its easy you only are allowed to touch your dick as long as i flip you off. Just what a loser like you deserves and even thats to much for you that i give. Enjoy dirty fucker.