Today the dices will decide how my slave's tortured :-) I've made 2 dices, one to choose the body part to be treated (face, chest, stomach, arms, hands & legs) and another one to choose how it's going to be treated (kicked, whipped, spit on, trampling with bare feet, trampling with high heels & biting). I made him lie down on the bedroom floor and start to throw the dices ... ;-)This is a long video and I had so much fun playing this dice game - and my slave's totally bruised in the end ... I think we'll play this game more often :-D

Princess Kate acquires an obedient toilet slave. Every day Kate uses the slave's mouth for her needs. Every morning, as she wakes up, she pisses and drops shit in his mouth. She often calls her friends to use the slave's mouth as a toilet. Today, she makes his mouth full of chocolate shit. Do you want to be in his place?

You love my verbal abuse, but nothing will compare to this clip where I gently send you deep down into a relaxed state. Once there I pounce, tearing down that manhood. Exposing you to the truth you already have deep down insecurities about. My powerful words and devious smile will draw you into my web of control. My eyes will melt you as you accept my every word. My cruel and hateful comments will leave you both aroused and sickened at yourself. Can you really resist watching this ultimate humiliating mind fuck video? This clip contains binaural beats and hypotic imagary for maximum subconscious implantation.

The toilet slave is watching how Mistress Michelle is pooping and peeing. Then he gets the whole shit and piss from his KV Mistress and he must chew and swallow it bit by bit.

Manu 30 j, 173 cm, 52 kg and Tina 26 j, 180 cm, 60 kg Costum Fight. The desired story is about two girls fighting because Manu stolen Tinas boyfriend, but Tina was not amused. The Fight is outside and there is a lot of rolling, short with hands, tangled on the floor, face to face, long schoolgirls pins, tangling legs hairpulling. No real wrestling, this is just a customer fake fight. The winner gets the boyfriend. Tina dominates Manu with very long schoolgirl pins. A lot of dirty talking

Kate tied the slave to a special table for torture. At first, Kate pissed into the slave's mouth, and then she began to emit liquidchocolate poop. His mouth was full. Now, she begins to torture his body with sharp heels. The servant is lying down and writhing with pain with his mouth full of shit.This video was shot with three cameras! Enjoy the video from different angles.

Candy and Eryss act as two friends in this video. Candy is back home after a hard and hot day, her socks are soaking wet and her soles are stinky as hell. She tries to talk her friend into sniffing her sneakers and socks and tries to convince her, that tasting her sweaty feet is not a really bad thing. As time passes, it seems Candy is more and more successful awaking the foot fetish in her friend

One of our favorite girls and beautiful Theodora after a long time meets with a thin Mariah. Not so brutal as sexy, these recordings will fascinate lovers of f/f.Full weight stomach sitting.

That you know also determined that you. after a party, with plenty of beer, morning first, a mega shit have And so one I had when I arrived in the morning from a party, and indeed a Giant shit. And because my toilet slave, anyway have to sleep under my toilet seat, I have its mouth, used as a toilet. I pop the slave then, an extreme-Stinking-giant-soft shit pile, in its mouth. It was so huge, most of my, Stinking shit, went to the ground from his extremely filled up mouth! So he had my smelly and soft shit, eat off the floor and repeatedly stuck his face in my shit! Since the slave had problems to eat these huge piles, I first went to bed, and ordered the slave to eat anything until I've slept out! So look even know if he did it! And the Mega Shit you see again, out 4 camera angles! 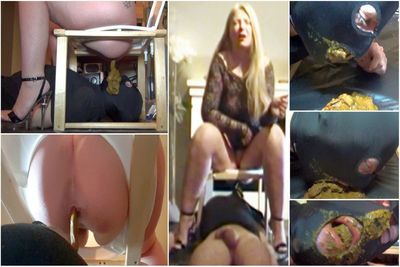 So much to destroy at one place! It's more than ever before! And that's all because of a full package of one of my customers. It was so much that I could fill the whole room just with the inflatables! When everything is filled with air I start to bring my wrath about the inflatable paradise! Piece by piece I want to destroy every toy..! My heels dig deep into a helpless ball. But the ball resists only for few seconds and so I need another one! This one is also crushed easily and fast so I continue with an air mattress, before I take a ballpoint pen and start destroying a jet ski. I dig the pen so deep into the material that it starts collapsing very soon. To further speed up the destruction I step on it and trample it flat. Piece after piece I bring destruction until I have a silicon tube in my hand. I think about what I can do next... and using my cigarette to bring even more destruction seems to be a very good idea! I use the hot blaze and push it against the defenseless material. The air flows right out of the hole and completely ruins the silicon tube. And I won't stop until the last inflatable toy is also destroyed...!

Erin and Jeanne met again to humiliate John and use his mouth instead of toilet bowl. Erin gives some slaps in the slave?s face, then she and Jeanne spit in his face. Erin sits down on a toilet stool under which already lies John with his mouth is open waiting when the mistresses will finally piss and shit into his mouth. Erin is pissing on John. Now it?s Jeanne?s turn. A beautiful ass of Jeanne abundantly places shit in his mouth. After that girls are spitting and spreading with feet remnants of shit on John's face. Who wants to be in John?s boots? Girls will be happy to place shit in your mouth and humiliate you!

Toilet boy licks and cleans Moxxi's filthy grimy boot soles! She's been everywhere with those boots! Toilets at airports, bars, and clubs included!BONUS TRAMPLE SCENE INCLUDED AFTER CREDITS! SHOT JUST HOURS BEFORE MOXXI HAD TO BE FLOWN TO THE AIRPORT! 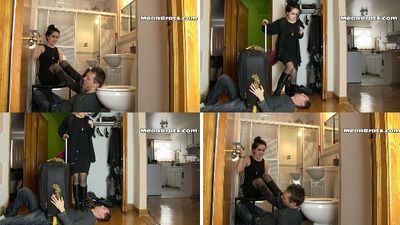 I have my scat slave lying beneath my feet, a smelly slut always ready to eat shit. He requested my presence. So I decided to make him suffer for me. I begin by allowing him some foot & shoe worship. I wear expensive shoes, so he has been warned to do a good job of licking, and sucking on my stiletto heels. If he does a good job of his footworship, I will reward him by allowing him to eat my shit. Standing over him, I tell him to open his mouth and be ready for me. I lower my ass over his face, and relieve myself of a nice pile of my soft shit into his mouth. I watch as it fills his mouth and covers his face. Then I instruct him to swallow it, and make sure he chews on it. Not entirely finished with my slut, I sit on his face and get him to lick my ass clean. With his mouth full, this means he has to swallow and digest my shit. He continues to lick my ass until I'm satisfied. I further reward him with some facesitting, and ass smother, while allowing him to play with his limp cock. As he groans, and squeezes out his watery cum. I leave him to contemplate his next meal of my delicious shit.

Strict Lady Sue's wearing a really hot lacquer outfit and holding a crop in her hands. This guy, with his bare chest, is totally at her mercy as she hits his back with the crop and orders him to kiss her shoes. He has no chance to get away, he has to obey and submit to her completely!

ONLY SCAT ACTION FROM ANOTHER 10 MOVIES FROM US (NEVER FIND THEM IN OUR COMPILATIONS 1 TO 11), DIARRHEA AFTER DIARRHEA ACTION, CHEWING AND EATING GOOD SHIT . BEST COMPILATION OF ANOTHER 10 CLIPS FOR MEMBERS WHO LOVE US AND SUPPORT US AND OUR WORK. WE DON'T DISAPPOINT YOU BECAUSE OUR SHIT IS REAL !!! BEST SHITTING GODDESS FROM SITE, SHE CAN SHIT MANY TIMES /DAY. SOON COMPILATION NR 13 !!! SOON ANOTHER GODESS WILL WORK WITH ME, IN OUR OTHER NEW STUDIO : BIZARRE SCAT GODESS search for our first movies and become addicted !!! 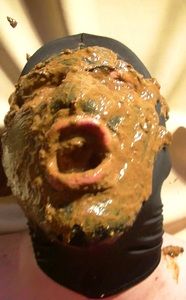 Here I have, another toilet slave who had contacted me a XXL-Portion, my divine shit, shitting in his mouth. And after that, have a nice load of piss, peed it up! This is so far, the biggest mouth shit, I have, shit up now, a slave in the mouth. I was Extra, not poop 4 days and therefore this is a record-breaking Portion-shit that there had guzzle the slave. We`ll see if he gets devoured them! 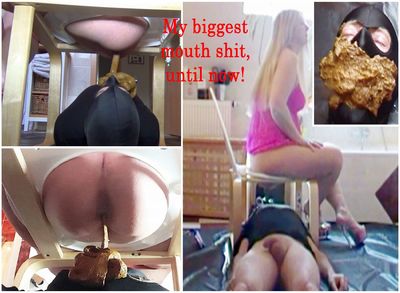 They bring him down on his knees, resting his head on the table. Miss Nika sat on the back of her boyfriend, leaving her friend to humiliate him first. Nika keeps his hair and at that time her friend spits in his face.Now it's Nika's turn. Friend sits on his back holding his head by the hair that he would not have dared to put down his head. Nika is smiling and spitting in his face. She loves it! Especially with friends. Girls spat the guy's face, and now humiliated and spat guy. Nika put on the street to the show everyone there. This is his punishment this time.

Oh! you look so afraid down there looking up at your Goddess. I know you have been bound on the floor waiting for many hours. Are you gagging for some delicious scat from Mistress Gaia? Be patient. I'm going to have to put a nice choker collar, and leash on you. Just to make sure you are comfortable while I prepare your meal. It will also allow me to discipline you if you disobey me. I know you are going to enjoy this meal, so make sure you chew every bit of my scat properly, then swallow it. If you don't, When I come back I will punish you severely. Buon appetito...