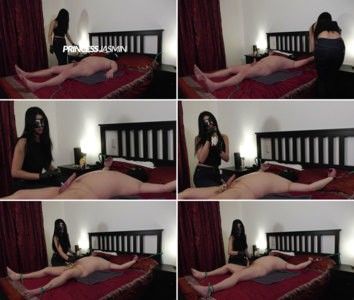 Stunning new video of my love for his feet!) Video from the personal archive!) Divided into two parts, a dynamic start. and gorgeous sensual end!) I recommend to all fans of my art and just people who want to see quality and dirty video of my passion!) At the end of the video you expect funny bonus) Leave comments under the video, suggest new ideas!) I am happy to discuss them! )Check my store and stay tuned!)) *kiss*

I am such a kind Princess. I am thinking about letting a new slave serve my feet. Well i am planning on turning them into good Pigs for my Princess Feet. Do you think you have what it takes? Think you can make yourself worthy to worship my soft soles and cute toes? Imagine them in sexy High Heels or just sweet barefeet. They are perfect in any way. These Feet dominate you Piggy.

Winter.You see two brat girls riding in subway . One is wearing flat boots, the other is wearing ankle high heel boots. None of them is paying attention to what's happening under her shoe. They talking together and waving their foot right above your head.No subway noise. Filmed from a lower position with a great view at the dirty soles and the boots.

126769 - Wipe socks in the mouth with soap - Smother Fetish GirlsFetishBrazil

It was incredible how they humiliated this slave!Jessi and Bru arrived from the gym with their dirty, sweaty socks, and used their slave as a washing machine, they put soap into their socks, and put their socks into the slave's mouth and covered her mouth with a ribbon! While the slave was suffering and thinking how she was a loser the queens laughed at the slave's pathetic situation, she still placed her feet on the slave's face and nose and laughed! Then they ordered the slave to wash the socks in the bucket with soap, they stepped on the slave's head, and she had to get her stockings with her mouth in the water with soap suds, they gave a lot of laughter from the slave! Then after much humiliation, the slave continued to serve, licking the sweaty feet of her queen and then licked her sneakers with very dirty soles, they humiliated her slave much while doing the services! And unmissable don't miss GIRLSFETISHBRAZIL

Dolores likes to tease you with her sweaty feet all the time, so she wanted to know if you would also be ready to spend some dollars, to have the honor to have her sweaty feet in your face, after a long summer day with her precious feet inside her fancy shoes! How much would you be ready to pay for this? Five hundred dollars? A Thousand dollars? She wants to know! She makes you bow down on your knees, and takes her shoes off while you are actually trying to convince her to let you sniff her feet! Her feet smell all over the room, and you can smell them since she has taken her shoes off, but what you want is to rub your nose in her lovely feet! Will you be able to convince her to let you do that? She also knows that you would probably love to stick your tongue on her feet, especially at the bottom, so make sure you have the money to do it! DoloresÂs feet are expensive, so maybe you just canÂt afford them!

On a party some time ago, Jack was talking to this girl, flirting, making suggestions and the next morning he woke up tied up to a chair in a strange apartment, helpless and just waiting what's gonna happen.It turned out it was Megan's apartment and that she's this mean sadist, who wants to torture men, dominate them, humiliate them and she has fun doing it. It's few days later now when Megan want's to have some fun again. She arrives home, takes her smelly shoes off and approaches Jack. He's still lying on the floor beneath the chair, tied up and helpless. He begs Megan over and over to let him go but he knows what coming now. Megan will make him smell her worn socks. Smelly, disgusting, dirty. She sits on the chair on top of Jack and she plays with him. She puts her foot on his nose and makes him smell. If she refuses, she chokes him with a rope tied up around his neck, until he's all purple and begging to smell her feet. What a satisfaction for Megan. A man, helpless, laying at her feet and begging to smell her worn smelly socks. What a fun!

Ebony Jewel is here to smother you little shit! you been begging and talking shit all in her DMÂs and even send word through my private messages that you wanted her to sit & shit on your faceÂ.Well hereÂs your opportunity!! She towers over you before slowly sitting on your head and engulfing you in between her warm, ample asscheeks. ItÂs hard to belive something so firm and plump is natural Â but that is her god given physique!! After smothering you with ass, the only thing left is for her to drop a new warm load of her brownies right in your fucking lap!!

Mistress Anna's girlfriend has left her her slave. Properly tied up, he lies defenseless on the floor. He is now at the mercy of Mistress Anna. But she doesn't want to see his ugly face anymore and sits down with her ass on his face. She torments him at length and takes his breath away. Anna uses him as a seat cushion and makes herself nice and comfortable. That's the way it should be for a Mistress!

Includes mommas boy - taboo - milf - older woman younger man - foot fetish - ebony foot fetish - foot pov - ebony - pov female - foot fetish Oh hey sweetie ooh you startled me...Mmm, I'm just taking a quick nap here. It's so hot out there I can't stand being outside. I needed to just relax. Oh yes, I had to take my clothes off. It was just too much. You know mommy likes to sleep with nothing on.Oh sweetie what's that? You're naked too? It's really hot isn't it?Now let mommy sleep. Don't play with my feet.Oh my! Someone's getting a little excited aren't they? Oh dear, shall I give you a little foot show? Do you like that?Mmm...You're getting even bigger. Oh my, is that because you're smelling my sweaty bed feet? Oh dear. Come on then sweetie, play with mommy's feet. Right there, just put it right there so I can feel how warm you are too.I like it when you show me how much your peepee loves mommy's feet.

102131 - Mistress Antonella offers a caviar meal to her slave

The slave of Mistress Antonella is laying down on the floor, he is naked and wears a black mask.Mistress Antonella gives some nutella's spoon before giving to him some real caviar from her. She is amazing in her black PVC bodysuit with sexy zip & buckles, her hold-up stockings and red stiletto shoes. She steps over her slave, squatted, in order to allow him to eat her warm caviar from her goddess's spring.

Lady B wear her Dunlop Thermo Wellies and make they dirty. She walk into the mud, into puddles and in manure heap. Now she sit down show you close up her dirty soles and commands you , to lick her dirty Boots.