You're an absolute pervert for panties, digging those upskirt peeps! Ellie knows you so well and uses it to humiliate you while putting her butt in your face and denying you an orgasm of any kind. Pervs like you deserve to be teased and then denied!

Mistress Sofi in a black tight dress and Mistress Kira in a red latex dress humiliate their slave by spitting all over his face and filling his mouth with saliva. At first, the young Mistresses spit in the slave's mouth, and then they spit in his eyes, so he had to close them. At the end of the video, Sofi takes a smartphone in her hand to show how full of saliva the slave's mouth is and to show close up how Kira spits. Then Sofi hands her smartphone to Mistress Kira so that she can also show Sofi spitting up close.

Look at my muddy riding boots - they're really dirty today. Great that I've your old beloved teddy that you've cherished for over 50 years ... because I'll use it to clean my boots now. First, I'll grab him and polish the leather of my boots, then I'll simply throw it on the doormat and use it as a rug to clean the hard soles of my riding boots. I know this teddy means a lot to you, but for me it's just an old ugly teddy I can use and then throw away! I even spit on it a couple of times, and after cleaning my riding boots on it, I change into a pair of high heel boots, take your teddy into the kitchen and destroy it completely with these brutal boots. The destroyed and dirty remains of your beloved teddy will simply go into the trash bin - where it will live for a few more days with the other garbage before it's gone forever in the garbage truck!

Miss Deviant loves to play games with your arousal. And today, she's going to be playing a very unforgiving game with it. The good news is, if you're in chastity, you get to spend some time outside of your cage while you play this game. The bad news is that an orgasm is by no means guaranteed. Ready to play? Come play if you dare! 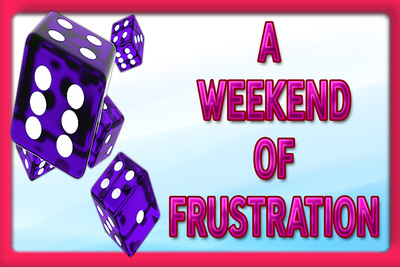 Max gets detained and frisked by a lady cop. She sounds official but you'll have your doubts, especially when she finds a "glass pipe" in his front pocket. Upon further inspection she discovers it's not a pipe, but his dick and if he agrees to cooperate in an interrogation, he probably won't be arrested after all. Oh, but those interrogation techniques! You'd probably enjoy being interrogated by her. It's not too long before Max turns the table on her and has her right where he wants her -- on his cock! But in the end, the cop gets Max to "confess" all over one of her tits.

I love the look at your face that you have when I am sliding Hitachi on your cock. I will tease you until you cannot hold it anymore and make a mess. But your orgasm is all ruined, no pleasure for you boy tonight. In 4K UHD!

IÂve eaten a massive amount of food and my stomach is full of shit and gas! I canÂt wait to get all of this stench out of me! I sit on the toilet and begin releasing huge smelly shit with farts into the toilet bowl! The bathroom begins to reek with my smell as I blow each disgusting shit and farts out! I huffing, puffing, and pushing for you! Each poop as stinky as the next giving me a bit of relief until itÂs time to push out the next one! This is definitely one of the dirtiest videos IÂve ever done as well as giving you a perfect picture of what I look like when releasing myself on the toilet!

Lady Phoenix and Delvia Sovrani have dragged their little slave out, today he will be squashed on the asphalt like chewing gum! With their boots they crush the poor fellow, and then jump on them repeatedly.

ITALIAN SPEAKINGCUSTOM REQUEST - You and your friend step in the room where the slave is waiting. From behind you handcuff his hands behind his back. Then you bring him to the floor on his back, and kneel on his chest. He tries to scream but you put your foot in his mouth, in reverse position. He's stuck on the floor, your friend takes off his pants and underwear and quickly ties his legs in a frog tie, and then she grabs his balls and plays with his cock, giving it some slaps making him moan. Still with your foot in his mouth, she puts on a chastity cage.You take your foot off his mouth and gag him with a panel gag. Then remove his shirt, and pants to make him naked and stand him on his knees. Your friend paddles his ass for a while, as he moans through his foot gagging from your feet. Then you sit him up, and show him two butt plugs asking him which one he prefers. After he makes his choice, you then you stuff it in his ass, and play with it.Now, completely bound and locked, he will be your footrest. You lock his head that he must stay in a position where only his head is out. Both mistresses sit in front of him, crossing your legs and playing with your feet with his face, making him worship your feet, and lick between your toes and soles as you both give him a deep foot gagging?

YouÂll be seduced and driven mad by my butt in tight, sexy leggings and the aroma youÂll inhale again and again. Sniff aroma my stupid bicth and become addicted to your Goddess

The fourth episode is about how dominant step******s humiliate their submissive step******. On this day, Kira and Sofi, in sportswear and yoga pants, came after a workout and found their step****** who was lying around in the room. The girls got pretty sweaty on the trainings and therefore decided to humiliate their step-****** by ordering him to sniff their sweaty socks and sweaty sneakers from the inside. Young Mistresses put their feet in dirty socks into the slave's mouth and order him to suck out their sweat and enjoy it. Then the girls take off their socks and stuff them all into the slave's mouth. Kira and Sofi take turns doing a slave foot gagging (bare feet and in socks). Then, after ridicule and mockery of the slave, Kira sits on his face and Sofi sits on top of Kira's arms, this is a double facesitting. Throughout the video, the girls humiliate and spit in the face of the slave, make him sniff their sweaty legs, socks and asses during facesitting.

Enchantress Skylas Human Ashtray series continues with 'Nipple Burns' where she focuses all the pain she inflicts on you to your super sensitive nipples. Burning them, stubbing her cigarette out on them and whipping them.