Joss and Misty, two best friends, ride again. They entertain themselves with a guy and they are in the great mood. As every slave, the guy is under heavy attack and on difficult mission. Sexy double facesitting.

Alina pooping in mouth of a slave with minimal contact. Alina eats garlic and shitting into the mouth of a toilet slave. Alina loves spicy food â it makes her shit stingy and gives it a specific taste. Alina eats garlic, her breath smells bad and she exhales a smelly smell in the nose of the toilet slave. When Alina pumps through this special toilet seat, the toilet slave sees only the dirty anus of Alina, the slave does not have the opportunity to see the pussy and even the ass! Alina likes to shit in the mouth of a slave through this chair, so that the slave does not touch her.

Waiting for the next turn - maaaaaan and nothing to drink here - so I piss into a bowl and make my own refreshment drink. One tastes piss horny.Kisses Suzan

Every clip made by Sibilla is absolute hit. Her look, her dominate nature and styling, and we all love her very much. We tried to connect her and small Mariah and see what will happened. The combination is great for all fem/fem lovers.

Toilet slave swallows Alina's diarrhea. Today is a happy day in the life of a slave - today Alina smelly diarrhea! Alina punished the toilet slave with a porridge of smelly shit and forced her to eat. Alina's shit was so smelly that Alina restrained herself not to puke.

The both jerks are bounded at their hands on the ceiling and have to decide a competition. FetishLiza and I will kick this losers hardly in their balls and cocks and see who of them withstand longer and who will give up first. One after the other they get the same quantity of hard kicks in their ugly balls. Both losers groan and lurch of pain. They are given a hard seeing-to and must withstand the pain. I slap hard on the balls and use them as a punchbag. Then both of them get proper kicks again until one give up. What a fucking cowardly loser! The winner gets a few extra hard kicks from Liza as his present.

The Son from lady B used her living room as like a toyroom.This is the first error. All the toys from her Son are war toys. Aircrafts and Ships.Thats the second error. Lady B hate this toys. This is right time for her hard wooden clogs. She crush, stomp and trample all this hand made plasic toys on the Floor and in a large Box. Nothing escape the power of her wooden clogs.

Hello!) New season here!)) In this crazy video, Iâll make you forget about everything except me and my warm shit. See how I have fun whenever Iâm alone and I want to shit) You donât have to think about the content of the video, I know what you want) In this hot video has everything you love from ending up smearing wet Masturbation and playing with my shit!) Youâll like it!)Great quality filming and sound, good editing + low price = best choice by far!) Thank you all for your support and kind words, Iâm glad you like it) in the future, only better and better!) Stay tuned andd/// *bark bark bark*

BigmommaKat has a special treat for you crush fans out there. She took it upon herself to put together an epic tale of thievery and punishment as she destroys all foes who dare cross her on her path to regain control of her tasty treats.At 600 lbs, you'd think no food would stand a chance against the beautiful and raw power of BigmommaKat, but she was up against solid adversaries with the likes of The Spike Boys (pineapples), her minions Spud and Dud (uncooked potatoes), Mellon (a large watermelon), the Pumpkin King's minions (small pumpkins), and the Pumpkin King (a large sized pumpkin).You'll see her terrorizing weight crush the foodlings into unregognizable blobs of mush while she tramples in bare feet, knee-highs, sandals, and heels. She also does some serious smashing and butt dropping.Awesome storyline. The most intense crushing power on the 'net. This is an instant classic in the crush arena!

I was walking in the park and found a large tomato. I'm starting to jump on him and trampled him with his big feet in nylon. soon from tomatoes there are only small pieces. 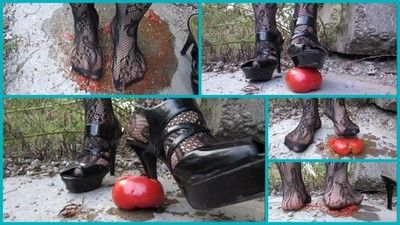 Imagine you lie to my feet like the slave in this clip. My boots are directly over your face and your tongue clean them from the dust of the street. Later you smell the fine scent of my sweaty socks. Finally you could taste my bare godlike feet. No matter what you do imagine during seeing this clip reality is much lovelier more intensive and more fullfilling than that. Try â apply for it!

Do you see this tiny bitch? Can't defend herself and is taped down as well! I'll show you how I flatten this tiny bitch under my ass. I sit down on her hard and drop my hot ass on this bitch again and again! That really turns me on - knowing how defenseless she is and how large my butt is compared to her. Oops, now I stayed on her pretty long ... if she can handle it so long?!

Today I was outside in the park again. I wore a tight leather corset and ankle boots, later on I also put on short leathergloves. Enjoy joining me on my walk! 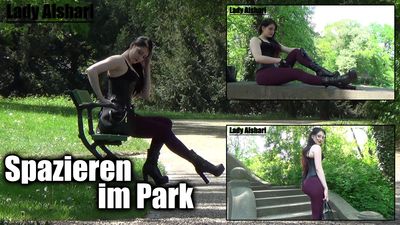 SweetBettyParlour SPECIAL â&#1052;oments of poopâ vol 2There is most epic project in my store, shitting moments (moments where i shitting) from over 100 video* Stunning collection for all my fans, i had hard work on it. Over 30min* of incredible, hot and tasty shit from my ass. You see all my stuff, creame, rock, liquid, soft from brown to yelow from ocean of shit to one big hard turd. Now all your fantasies be real. After you buy it please rate and leave a comment with your review and opinion about that movie, stay tuned love you!)* That video is SECOND PART (vol 2) in this video you see ALL shit moments from SECOND season (over 20 videos) from âFirst Person O_o SCAT FANTASIES

Candy rules the world and the small world of pathetic guy. Dressed like wonder woman, she controls the pain and plays with him. Action girl slaps the guy.

Lady Marie and Mistress Michelle sit at the table and the toilette kneels naturally on the floor at the feet of the Scatqueens. Occasionally, give him some attention, spit in his mouth, or use him as a servant or human footstool. Lady Marie then shits on a plate before the eyes of the toilet slaves and pissed in a champagne glass. The piss he can then swallow and he is very pleased.http://www.yezzclips.com/store598

Dearest fans of extreme fetishism, hard humiliation, disgusting food, unusual flavors... in this ''Simply Disgusting'' video (I guarantee you'll love it!) Mister Apnea's yogurt will be enriched with specific nutrients like feet skin cells, toenails and armpit hair. Obviously, my gorgeous personal trainer Sabry will have the task of producing the three really odd ingredients. First of all, she will use her professional electric pedicure machine to remove skin cells from soles and savory jam from toes in order to obtain an important ingredient for Mister Apnea's yogurt. After this pedicure treatment, for Sabry it's time to take nail clippers for cutting her dirty long toenails (the second disgusting ingredient for our disturbing beverage!). After putting aside pedicure tools and accessories, Sabry starts using a razor to get rid of those sweaty hairs that adorn her smelly armpits. Whatever happened to them? I bet you guessed right: splash... straight into the yogurt! The million-dollar question is: Would YOU be able to eat such a yogurt? If you think it's impossible for a human being to swallow all, watch carefully this video and learn how Mister Apnea does it! 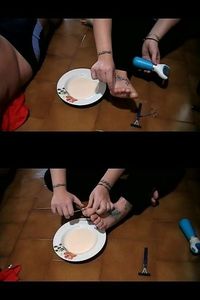 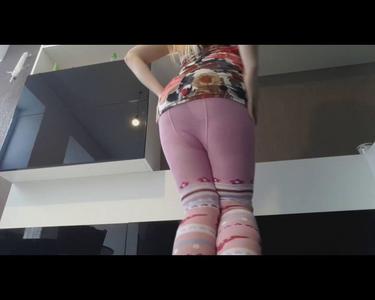