ENGLISH & ITALIAN SPEAKINGToday I want to have fun and also make an experiment with my personal slave: I want to test the resistance of his balls to traction. I have put him on all fours and tied his testicles very tight with an elastic rope that I have then attached to the hoist. His balls are fully exposed and I have left him in that position for almost half an hour, while I was working at the computer. Now I?m back, his balls are almost black: it?s time to start the experiment. I?m going to whip him in that position; if he moves, he puts his balls definitively at risk!! I start hitting his back with my single tail. The tip of the whip is stinging his skin and he starts squealing and wiggling. I tell him that, each time he cries or moves, I will pull up his balls a little more with the hoist. I increase the intensity of my strokes and he cannot help crying; I?m having a lot of fun watching him to try not to loose his balance each time I lift the hoist. In the meantime the whipping continues: his back is now red, while his balls are dark blue. Since he cannot stop complaining, I have to pull up his balls more and more: he is standing now. I go on whipping his back. One more pull up and he is on his tiptoes, trembling, trying desperately not to fall down. To make things even worse for him, I handcuff his wrists on his back, so that he cannot use his arm to keep his balance. The experiment is successful, his balls are still attached to his body. I leave him there, let?s see how long he can resist.

Goddess Allie has had a long day and knows the perfect remedy! having her feet worshiped by her slave! her slave doesn't like her smelly soles though, so she ****** him to smell them by gagging him with her socks and then taping his mouth shut! the video ends with 5 minutes of POV Foot action!

10885 - SHOCK FOR PANTIES, TRIBUTE FOR CLEAVAGE PLAY FOR SISSY

Get your belt on with the electrical pulses! You'll also need to be wearing sissy clothes and makeup for me. I also want you sniffing , my little sissy slut in training! You're my BITCH! Every time I flash my panties you're going to shock your clit. Every time I flash my cleavage, you'll tribute $5. Don't worry, I'm going to go easy on you, I just want you to PROVE you're MINE!

Come over to me on all fours slave and smell and lick my worn,stinky and dirty socks while I relax ! Right now,slave! 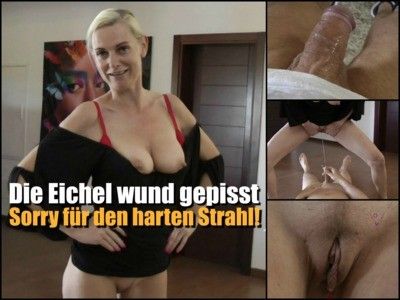 A wonderful video where I slowly undress and I put my big Latin ass your face ... a big piss .. with legs wide open and a very hot and very big surprise ... a nice piece of soft shit coming out of my hot ass ... are you ready to celebrate Halloween with me?

Are you ready to treating, my toilet slave. I have something for your treat bag! Something nasty and stinky straight from my ass! I wonder, is this a treat for you? I bet itÂs more of a treat! You like the nasty, shit that come out of my poophole! You crave it! Does my dirty shithole make your cock hard! Get ready, here comes my shit!

You're a fly caught in my web. You desire the control I have over you, sissy slut! You're going to put on your chastity cage and sissy clothes before I make you sniff and finger your ass! I also have a special PUBLIC assignment for you at the end of this clip.

You're tied to a bed, thinking you're about to score with the popular cheerleader from school. I pull your pants down and you're excited but I'm not. Great! A pencil dick to go along with your pencil neck. A tampon would give a girl more pleasure. Let's try it up my ass, I guess. Y'know, for a smart guy, you're not too bright! Notice we didn't go to the school dance like I said we would? You're not here to score, you're here for my experiment. I want to see what happens when I cut your head off. Will you croak immediately or will you stay alive for a few seconds? I NEED to know, at your expense, of course, nerd.

I really can't listen another second to the slave's jabbering! I'll have to teach him that there are consequences if he's annoying other people with his nonsense. Again and again I sit down firmly on his face in my pink leggings - if he still wants to say something?! Well, he CAN'T any more :-D That he isn't able to breathe either is really his bad luck - he should've thought about that before. Now he can only whimper as my ass smothers him mercilessly. How long will I have to smother this loser until he learned his lesson?!

My beautiful manly body produce not only the most tasty waste but HUGE amounts of it too! It feels so good taking these big shits but what makes it better is taking these big shits just for you!While I shit I think of how many of you are stroking your cocks watching me and it makes me feel all sexy. Oh yes, donÂt think I donÂt know. I know how your mouths are watering for my shit, how much you long to put your mouths over my asshole as I push out these thick, juicy and creamy turds.Not only did I take another very big & seductive shit for you guys BUT I also licked my shit afterwards, just to show how exactly how taste my bowel movements are :) DonÂt forget to check out all my other clips! If you are a fan of Female Scat and even Lesbian Scat be sure to check out Goddess Tempest's clips!

I really can't listen another second to the slave's jabbering! I'll have to teach him that there are consequences if he's annoying other people with his nonsense. Again and again I sit down firmly on his face in my pink leggings - if he still wants to say something?! Well, he CAN'T any more :-D That he isn't able to breathe either is really his bad luck - he should've thought about that before. Now he can only whimper as my ass smothers him mercilessly. How long will I have to smother this loser until he learned his lesson?!

Goddess Allie is talking on the phone while she annihilates a tiny man with her big ass! her butt is practically about to explode out of the tight slacks! at the end she shoves him deep in her crack!

Look at what this lucky slave gets to do. He understood servitude. Do you? Could this be you? Ask yourself what you can do for me. There's only one way to serve me in the flesh... I'll explain.

Eventually, the woman penetrates her fingers inside the slaveÂs asshole and thrusts them back and forth! Before long, she pulls them out and begins injecting a huge syringe into the loosened hole to give her victim an enema!

Goddess Allie is talking on the phone while she annihilates a tiny man with her big ass! her butt is practically about to explode out of the tight slacks! at the end she shoves him deep in her crack!

I am the Dark Evil Queen of Pussy. You're a slave in training, at my feet and ready to do whatever it takes to satisfy me. Are you willing to be under my complete control, "toy"? You're going to pee and cum in these 4 shot glasses while under the influence of . Yes, every time you see my pussy you'll sniff, and since I am the Pussy Queen, I never cover my beautiful little flower. You're going to be fucked up for me! It doesn't end there. You're going to smack your balls hard with a wooden spoon as you drink those 4 shots. Are you ready?