Jade places an orange tic tak on her tongue and lets you watch as it slowly melts away. As it melts more she teases you about how there's not going to be much left of you soon. A few minutes later she gets sick of waiting for you to melt away in her mouth she finishes you off by biting and chewing you - ouch!

And once again this pathetic slave is granted the honor of feeling my sexy ass on his face. Unfortunately - for him - I'm wearing tight hard jeans and don't go easy on him. He's getting my full weight on his face and I nearly crush his nose under the hard jeans - but he's a such a comfy chair!

Oh your going to enjoy this clip foot lover. My legs long sexy legs and leather thigh high boots will discipline you well as I lash my black whip against them. Your tongue will clean these boots spotless

In this clip I wear some very sexy overknees with high heels and a black corsage. I smother my slave and make him worship my perfect ass. Look at me as I sit right on his face with my full weight forcing him to breathe and smell my woman scent. I love to humiliate my slaves like that because that's all they're good for.

Custom clip-Deeane walks into the room and stumbles on something from the floor "-What the fuck are all of Frankies cars doing here on my living room floor?!!grrrrr! "She angrily Kicks one of the cars hard to the other side of the room."-I just tided this morning! I wonder how Frank will like his precious car collection after I'm done with them" Dee moves a little closer to the pile ,reaches out and picks up one of the cars with her toes and places the car directly in front of her.She crushes it without mercy.Once crushed and damaged,she picks up the car with toes and for fun tries and see if she can throw it in the empty shoe box she has near her. "-Time to break the rest of these stupid cars".Deeane Breaks each car at a time.Once broken and damaged, she puts all cars and car pieces inside the box - with her toes."-Ahh all tidy! that will teach Franky not to mess up my living room again!".Deeane kicks the box hard and leaves the room.

36509 - For my coat wichser with Wichsanleitung

I've heard that my little fucker, is excited, when I wear my beautiful leather jacket .. heheThen look closely here, today, I would wear it .. you'll love it, as he clings to my body .. and it smells like real leather .. I hear you breathe hard already ..Now accurate to what I have to tell you ass maggot, your lady has a good day today .. a creature must jerk .... I know that you want to do this .. but of course on my way. 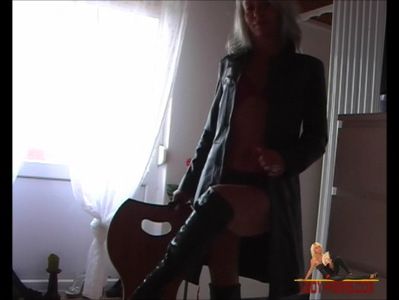 The tiny men are enjoying a lovely weather afternoon.Little do they know that Giantesses Deeane and Gloria have just entered the city.The massive booms that shake the ground with every step the huge women take is making the little men start screaming and shaking.After briefly examining the city,Deeane and Gloria split it in half,Gloria goes to the right and Deeane stays in the left side of the city.Aware of her strenght,she grabs a little man and crushes him under ber boobs.Gloria is running and scaring the little men in the other side of the town.Deeane lifts up a man,but drops him between her fingers and crushes him under her foot.Amused,she does it again,Gloria wants to learn how to do it too and she comes testing her new skill.

Sue is smothering her little seat-slut under her jeansass on the sofa. She forces him to smell her sexy ass, as she moves it right on his mouth and nose! It seems to be really amusing for her to got her personal slave under her ass like that!

Katelyn's panicking over her lost keys- she needs to leave very soon to get to her contract signing for her new fetish job. She excitedly thanks Randall, who finds her keys, in return for finding her keys she gives him a quicky with the time she has left before she has to leave.

Katelyn opens her mouth wide and tells Randall, her naked shrunken pet, to look deep inside. She then french kisses him, sucks his head like crazy, and makes out with him quickly. After a few minutes she has to leave and tells him she'll see him when she gets back.

Mistress Lea and Mistress Monika trample their slave without pity under their high heeled boots, they crush his balls, his face, his hands, jump on him and forces him to lick the soles of their boots.

-Introduction story read by Katelyn
-A few pictures during the introduction from the movie
-Crush at the beginning of the film
-Some shrunken dialogue from Katelyn's boyfriend and his friend
-Mouth cam during the last part of the vore video, when she eats her boyfriend

The introduction:
Since Katelyn was at the mall with her girl friend Alissa, Katelyn's boyfriend invited a friend over to keep him company. His friend arrived and shortly after, he influenced Katelyn's boyfriend to take a new experimental drug he bought online. The drug alters the users reality like on acid. It's new to the market so the side effects aren't well know.

About an hour after they took it they noticed everything started looking and feeling distorted. They were beginning to trip! They felt like they were a little drunk too. They became more relaxed- knowing a good high was germinating. Two hours later they both began feeling like they were shrinking, which made them giggle with excitement because they thought they were finally at the climax of their high.

A little later Katelyn called home to let them know she was leaving the mall to come home to party. Saturday nights are game and beer night. Katelyn's boyfriend thought "Ah, cool. I'll go make her a sandwich. It'll be a surprise for her when she gets here. She loves surprises and she loves my cooking. Anything I can do to get some extra ass, I'll do." His friend laughed and followed him out to the kitchen.

While they were both in the kitchen making her sandwich and talking to each other they both started to feel like they were shrinking again! Her boyfriend felt like he was a little kid's height- peeking over the counter and reaching to craft her sandwich. The trip was just getting too strong for him so he climbed on top the kitchen island to finish it. Everything even felt much heavier- it was all so real!

To put the top part of the bun on Katelyn's finished sandwich was no easy task! And then he yelped for help as he shrank again and slid off sandwich into the burger. He was trapped! His friend was off in his own world. He felt like a midget and was leaping around the kitchen, talking about how cool the high felt!

He laughed and couldn't wait for Katelyn to get home so she could try it too.

However, he started to shrink again. But this time far tinier than a midget's size. He looked around himself and crumbs on the floor were half his life size! He screamed for Katelyn's boyfriend but he couldn't see him or hear him.

Even up to this point they thought they were hallucinating their tiny sizes. But little to their knowledge, it was all really happening! Katelyn's boyfriend stood trapped at 1/4 inch tall in her delicious hand made sandwich. And his friend, as small as a tiny bug on the floor at the kitchen island. And then... Katelyn arrived home and entered the kitchen...

Katelyn crushes her boyfriends friend when she enters the kitchen and takes off her pink high heel sandals. She notices the sandwich and is starved from not eating all day. It's her favorite too - a bacon cheeseburger!! She sits down and enjoys every last bite. Unknowingly to her, her boyfriend was in the last bite.

Are you thirsty, slave? Well, I've got a plan to solve that problem for you! Come over here and look at this toilet bowl, see me spitting on it and start to lick my spit from the dirty toilet! Maybe, if you do a good job, I'll also spit into your mouth directly! Haha!

Curious about her boob strength,Deeane decides to crush a building with her tits.She squashes it ignoring all the screaming little men inside .On the other side of the town,Gloria is foot trampling,crushing little men and cars.Then rushes for a building boob crush too.Deeane rampages barefoot a little car,while Gloria butt crushes a crowd of little men and a few cars.

I got a new pair of black suede high heels and test them on my slave's body. The sharp heels dig deep into his skin, just like they're supposed to ;-) After a while i decide to take my shoes off and sit on his face with my hard jeans and trample him under my nylon feet.

Kristy wants to go out today and put on her hot new jeans. She's sitting on the couch and slowly pulls the jeans over her feet before she slowly pulls it over her hot legs. The jeans is so tight she has to really pull it on the belt loops to get her ass into it. She does so while lying on her beg as her belly is flat then and she can press her hot ass into the jeans. The result is simply stunning.

I'm baaaaack losers! Yep, I've been busy with work and school but thought I'd post another clip for you guys to jerk off to. This is a special request from a Harper-worshipper who wanted my strong Goddess hands to crush up a stale biscuit and feed it to him. Buy it and eat up! Yummy!

Lady B crush many Trainwagoons. First she show you the waggons and build a Floor with them. Now she standig with her pretty naked feet on it , with her sexy toes, with her powerfull heel.You can hear the first crushsound of the Waggons. They cracks!Now she slide in her old worn wooden Mules. This is the end for the trainwaggons. She crush eatch waggon individually under her hard soles and heel. In one of the waagon are small People . Its funny for the Lady to crush them. She crush, stomp and jump all the waggons completely flat under her cruel Mules. 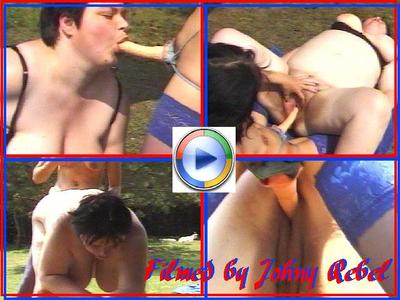 Mistress Kitty like to relax and smoke a cigarets while a slave lick clean its dirty boots, Mistress Kitty tell him how dirt are its boots and she think she has stepped in a dog shit, obviously, she use him like a human ashtray.